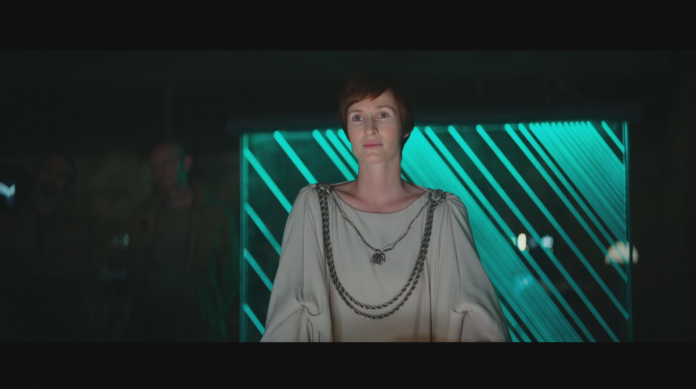 Some more news about “Rogue One: A Star Wars Story,” the upcoming stand-alone film to the whole “Star Wars” film series, have been detailed with the revelation that the appearance of Mon Mothma (Genevieve O’Reilly) in the film will show the character in a greater capacity compared to the original saga.

“Rogue One: A Star Wars Story,” or simply “Rogue One,” is chronologically the earliest in the entire film series. The film will center on Jyn Erso, played by Felicity Jones, and will tell the story of the Rebel Alliance’s daring operation to steal the plans for the first version of the Galactic Empire’s Death Star.

Mon Mothma was played by Caroline Blakiston back in “Star Wars: Episode VI Return of the Jedi,” where she was revealed as one of the co-founders and a leader of the Rebel Alliance. In the prequel trilogy’s “Star Wars: Episode III Revenge of the Sith,” Mon Mothma was portrayed by O’Reilly. Despite having a small role in the films, the character was important to the story as a whole.

For “Rogue One,” Mon Mothma will be shown in greater capacity as one of the main driving forces behind the beginnings of the Rebellion. The film will show how she tasked newly pressganged recruit Jyn Erso into joining the mission to steal the plans for the Death Star and the audience will see more of the character, according to an interview between Lucasfilm president Kathleen Kennedy and Entertainment Weekly.

“We actually see quite a bit of her,” said Kennedy. “The Rebel alliance is in disarray. Pretty panicked. Up against it. And she is trying the best she can to provide the leadership, in amongst a wide variety of Rebel soldiers that have very differing opinions as to what to do.”

Another returning character for “Rogue One” is the iconic character Darth Vader (James Earl Jones), who was previously leaked to be making an appearance in the film. The character’s presence has since been confirmed, revealing that his position as the Emperor’s number two means that the film’s antagonist Director Krennic (Ben Mendelsohn) still answers to Vader.

“Rogue One: A Star Wars Story” will hit theaters on Dec. 16.