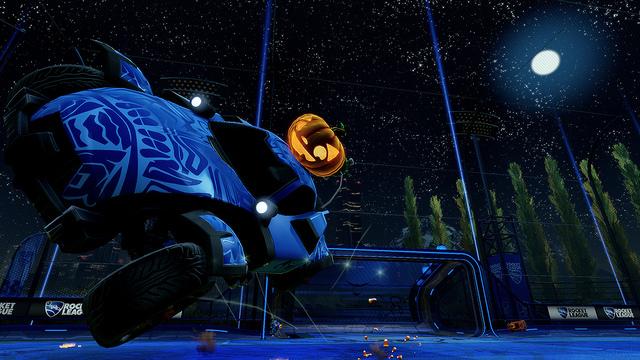 The season for scares is just around the corner, and the game developers at Psyonix are joining in as they will be releasing a bunch of Halloween-themed items for the smash hit game Rocket League, absolutely free.

“At Psyonix, we love Halloween, and we know that many of you love Halloween, too!” said Jeremy Dunham, Vice President of Marketing for Psyonix, via the PlayStation Blog. “That’s why, starting October 18th, we’ll be unveiling sweet, limited-time Halloween-themed items in Rocket League‘s customization Garage!”

Six new post-match item drops will be coming to the game. These new Halloween-themed items will be awarded to players right after every matchregardless of whether the player won or lost. However, players must farm for their desired item well, as the event will only last until November 2and will only be back again next Halloween season!

In other news, the new Revenge of the Battle-Cars DLC pack will be available for download starting October 13, for a price of $3.99. The new DLC will be featuring two new Classic SARPBC Battle-Cars, Scarab and Zippy, as well as six decals for each new car. New Paint TypesToon Glossy, Ton Matte, and Toon Wood, new WheelsScarab and Zippy, and New Rocket BoostsAccelerato and battle-Starsare also coming with the DLC pack. New Toppers will be added, tooCavalier, Locomotive, Pixelated Shades, and Shark Finas well as new Antennas, and five new game Trophies.

One significant thing to remember, though. Psyonix had already clarified that gamers need not purchase the Revenge of the Battle-Cars DLC pack in order to have the post-match Halloween item drops starting October 18.

MacBook Air 2016 release date next month with 5K display? what...