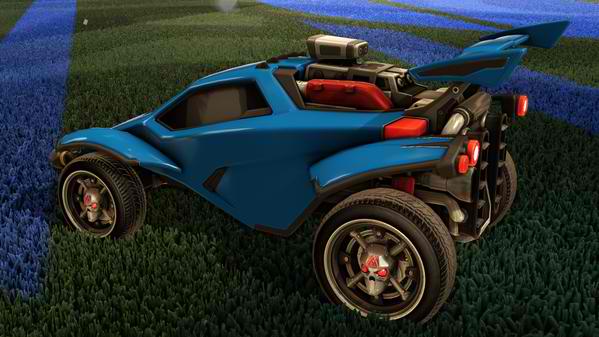 To make up for the sever problems that the game recently experienced, Rocket League game developer Psyonix will be releasing a new DLC for free.

However, no specific details regarding the upcoming DLC pack has been revealed, as Psyonix only posted a Skull Wheels photo on Twitter.

Meanwhile, PlayStation Lifestyle reported that the game is set to receive a patch update anytime this week. The said update aims to fix the server issues that the game has been plagued with. This will be coming with several server maintenance periods, with the server experiencing temporary downtime.

However, Rocket League just keeps on getting more and more players despite all the said issues. The developers have boasted that over three million people have played the game so far, and that a number of around 163,000 concurrent players are with the game.

In a previous interview with PlayStation Universe, Psyonix detailed their DLC plans for the game.

“Our future plans for Rocket League are very aggressive. We plan on supporting the game with frequent updates, patches, enhancements, and more, that will include a mix of both free and paid DLC. That includes new Battle-Cars, Decals, Rocket Boosts, Antennas, Wheels, and other things.”

“Our update schedule will be pretty regular, but we don’t have any specific timelines to share yet. All new maps, however, will ALWAYS be free. And our first one, inspired by the original Battle-Cars map, Utopia. We have a lot of other ideas floating in the pipeline too,” they said.

While no weapons will ever come to the game, power-ups may be available soon. New game modes as well as game changing items will be made available according to community demand based on what the players actually want.