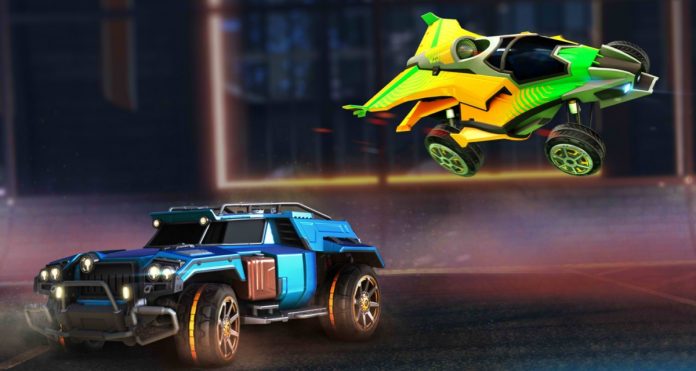 “Rocket League” game developer Psyonix recently unveiled that the hit and award-winning racing and sports hybrid game will be getting its new premium DLC soon. This new DLC, among other things, will be a total blast form the past as it will be featuring two new cars from the game that inspired “Rocket League””Supersonic Acrobatic Rocket-Powered Battle-Cars.”

As detailed by a recent blog post by Psyonix, the two new cars are from “Supersonic Acrobatic Rocket-Powered Battle-Cars,” and they are called Aftershock and Marauder.

Both cars will retain their thematic art style although some of its design elements will be modernized.

The Aftershock is a battle car designed like a fighter jet. It can move swiftly and with high velocity past its opponents. However, as fast as it is, it still is not as strong as the massive and monstrous companion it comes with.

The Marauder is a machine of power and strength. While it may not be as fast as the Aftershock, the Marauder delivers power against opponents in a crushing way.

These two new cars in the premium DLC will be a timed-exclusive and will debut in the upcoming physical retail release of “Rocket League Collector’s Edition.” Both of these cars will immediately come with six decals for customization.

The “Rocket League Collector’s Edition” will be available on June 24 in Europe and on July 5 in North America. The rest of the world will get the game on July 18. The Premium DLC cars can be purchased individually for $1.99 each.