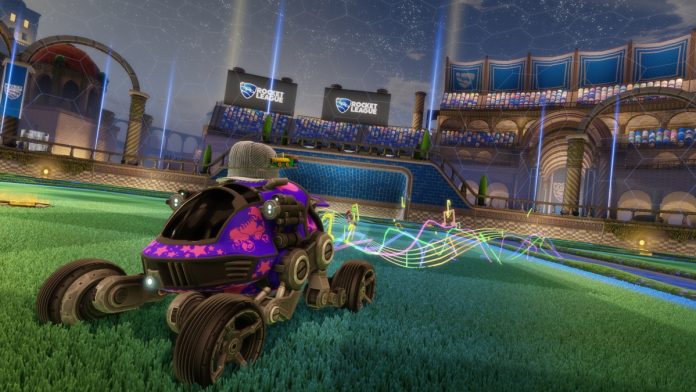 According to PC Gamer, Psyonix is going to release a downloadable content (DLC) pack titled “Revenge of the Battle-Cars” in October.

Lazy Gamer revealed that the new DLC, which the developer referred to as the “new-but-old-school” DLC, will introduce elements of the game’s predecessor into Rocket League.

Lazy Gamer described the upcoming DLC pack as a “cosmetic pack,” as it will introduce two new cars from Supersonic Acrobatic Rocket-Powered Battle-Cars, namely Scarab and Zippy, with six new decals for each of the two new characters.

SARPBC is a PlayStation 3 game in 2008, and of which Rocket League is considered a sequel.

Moreover, as the DLC will attempt to bring back the SARPBC characters to Rocket League, the DLC will also bring paint types, wheels, toppers, rocket boosts, and antennas based on the cars that appeared in that game.

There will also be five new achievements that the DLC will add to Steam and which players can try their hand in, according to the report.

The Irish Independent added that Psyonix will add new Country and Community flags for free for those that will purchase the DLC in October.

Psyonix will also roll out a free update to Rocket League at the same time that “Revenge of the Battle-Cars” comes out in October. This free update will introduce two new stadiums, namely, the Urban Station Night and Utopia Coliseum Dusk stadiums.

Psyonix noted in their Steam announcement that Urban Station and Utopia Coliseum are the last of the “regulation-style” maps that they’ll be putting out. This is because, the announcement said, the company will focus on developing “unusual” layouts and settings for the next few arenas that it will be releasing through future updates.

Psyonix promised more updates on the new arenas next year.

Jana Duggar courtship will be highlight of 'Jill & Jessa: Counting...