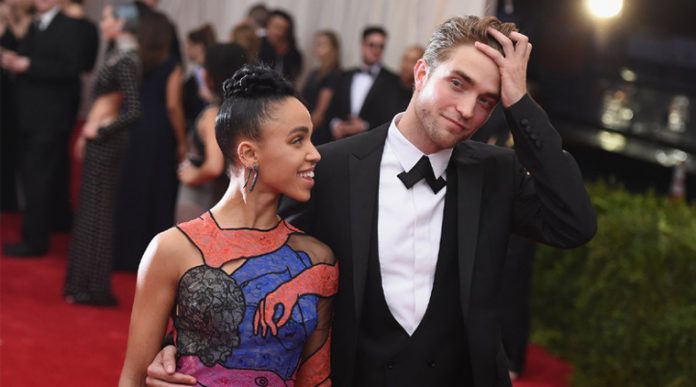 Despite rumors that Robert Pattinson and FKA Twigs have called it quits, the singer has recently shared with a magazine what her plans are for her married life with the Twilight star.

According to a report by Paper Magazine, Twigs plans to lead a simple life with her future husband.

The singer said growing up in Gloucestire, she is used to a simple and quiet lifestyle that is far from the lifestyle that being a celebrity entails.

“I grew up in Gloucestershire, and there’s a certain format that people fit into. I’m quite happy to say, ‘Go to school, work hard on your GCSEs, do your A-Levels, get married, have children. Send your kids to a nice school.”

Despite the interview, however, the cause of the reported delay in their wedding date is still a subject for speculation.

Rumors persist and according to Movie News Guide, the couple are not seeing eye to eye when it comes to their careers.

The report alleges Twigs wants her fiance to embrace more mainstream roles. The singer has also allegedly changed because of her music career and this has caused some friction between the pair.

But Pattinson’s family seems to have no problem with the singer becoming part of their family as Robert’s mom Clare has been openly supportive of Twigs.

According to MailOnline, Clare and Robert were both spotted recently in Manchester to support FKA before the first of two performances in an art festival.