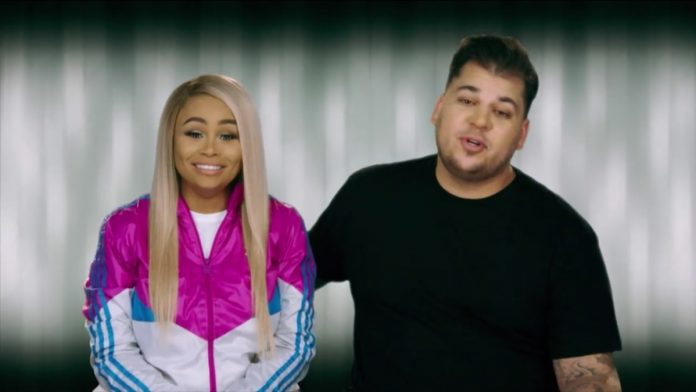 It seems that the 28-year-old urban model is dating, and it’s not Rob Kardashian.

The “Rob & Chyna” star was spotted on Friday, Feb. 10, having lunch with a mystery man in West Hollywood. The report stated that the alleged couple was on a date and that Chyna was not wearing her engagement ring.

It was speculated that he was the same man Blac Chyna went out with to watch the Super Bowl at Estrella’s MA Theater in Los Angeles earlier that week.

Page Six reported that the reality star was cozying up with an unnamed guy and that “at some point had his hand in her lap or on her legs.” A source claimed to overhear Chyna telling the man that “she’s still talking to Rob but they’re not living together right now.”

“This dude wasn’t someone who worked for her, or anything like that, by the way she was looking at him and how he had his arm around her at times,” an insider, who saw the duo, informed Hollywood Life. The witness added that Blac Chyna and the guy came in with a group, but the rest left earlier, leaving the two alone.

“They had a good time and interacted as if they were more than friends,” according to the insider.

It was noted that the 29-year-old brother of Kim Kardashian has started going out with the Lashed salon owner in January 2016. After three months of dating, Rob and Chyna announced their engagement, and just a few weeks later, Chyna asserted that she’s pregnant, in which the reality star proudly confirmed that he’s the father.

In September 2016, the couple’s own show, “Rob & Chyna,” premiered on E! Entertainment. In the show, they revealed that they’re having a baby girl. Dream Rene Kardashian was born in November 2016.

On Jan. 26, Rob posted on Instagram greeting the mother of his child on their first anniversary together.