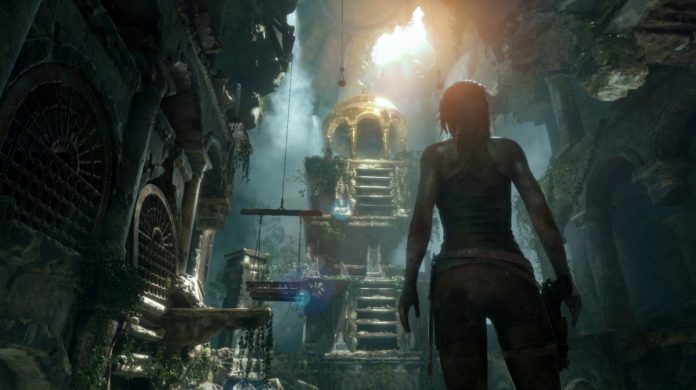 The sequel to the 2015 action-adventure video game, “Rise of the Tomb Raider” has been talked about for months now and although it is almost certain that a new game is on the way, game developer Crystal Dynamics and publisher Square Enix haven’t made any announcements just yet. However, fans of the game continue making up theories and spreading rumors that in one way or another spark interest in the game.

The most recent of these rumors involves the possible title for the video game sequel. An image posted by a Reddit user named Tripleh280 showed what appears to be a Microsoft PowerPoint presentation with a slide containing the phrase, “Shadow of the Tomb Raider.” Although there seems to be other slides and text in them, the only visible part is the alleged title. Nonetheless, it’s way too early to make a conclusion and the proof is way too sketchy to make a big deal out of it.

Kotaku meanwhile reported that it really isn’t a big surprise that Square Enix will be sponsoring another video game as part of the “Tomb Raider” series, but what’s more intriguing is the revelation that Eidos Montreal will be the one tasked to work on the game and not Crystal Dynamics. This is in contrast to a previous report a couple of months ago that Crystal Dynamics hired a new game director to specifically work on the continuity of the “Tomb Raider” video game franchise.

But for fans that have been eagerly waiting for a sequel, it no longer matters which studio or company will develop the game, so long as there’s really a new title in the works. However, the one glaring question that remains is if the sequel will be immediately available for the Sony PlayStation 4 game console considering that the first game didn’t offer compatibility for the PS4 until this October.