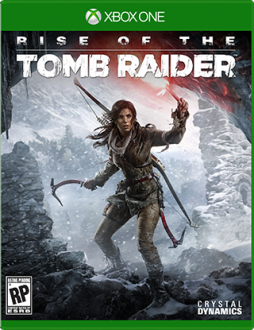 A follow-up to the 2013 reboot, the game begins with Lara in search of a lost city in Siberia, accompanied by her friend Jonah, who is her cook in the last game. Amidst icy terrains, freezing weather and occasional avalanche, she has to set up camp while gathering supplies from her surroundings such as animal carcass for its skin and woods for fire, Eurogamer reported. She can also make weapons by stringing her own bows and fuel containers as improvised Molotov. If there are no available materials, she may also use her ice axe in battles.

In the demo, her tent was seen by soldiers from mysterious group of Trinity. Armed with a bow and arrow with its tip poisoned with wild mushroom, she escapes by jumping from branch to branch  as part of her new trick. She also gets to face off with a wild bear which apparently tries to maul her to death.

Metro exclusively shared the second section of the game set in Persia where players who love to unlock mind-boggling puzzles may use their skills. In comparison with Siberia, the location is an actual tomb where danger lies in the form of traps.

In an interview with The Know, Crystal Dynamics lead designer Brian Horton revealed that they partnered with Eidos Montreal in co-developing the game.

“Thank you Eidos Montreal for everything you’ve been doing to work directly with Crystal Dynamics. This has been a huge partnership, and we couldn’t be more proud of the results,” he said.

Meanwhile, Square Enix will distribute the game when it becomes available in cross platforms. For the meantime, Microsoft is handling things as the version available exclusively for Xbox One and Xbox 360 is confirmed to be released on November 10.