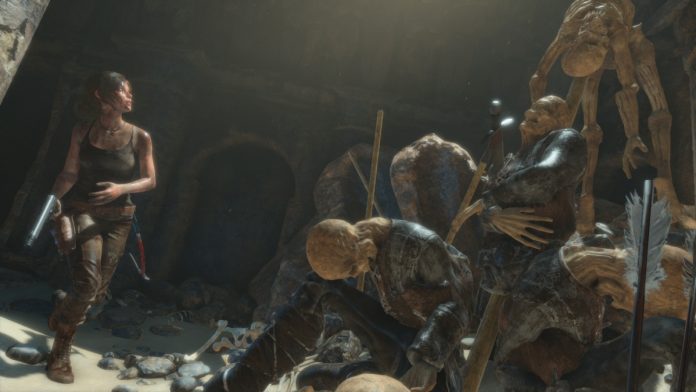 Rise of The Tomb Raider is coming next month as a timed exclusive for the Xbox One and Xbox 360 consoles, before it arrives for the PC and the PS4 sometime next yearand it’s going to be bigger than the most recent game.

In a recent interview with Pixel Vulture, Crystal Dynamics lead Designer Mike Brinker revealed how long players would have to spend on the game to be able to simply finish itand how long it would take for someone to completely explore and run through everything there is to do in the game.

“Expect to spend around 30 -40 hours getting everything done,” Brinker said. “This is gathering every weapons, ability and completing every side quest. It all comes down to how you want to play through the game.”

However, for players who only wish to initially do a soft run through of the game, less than a day of playing the game is more than enough.

“Running through the game will take you around 15 20 hours,” he added. “So expect double the play time collecting everything and exploring every secret tomb.”

Talking about the size of the game’s world compared to the most recent 2013 Tomb Raider title, Brinker revealed that it will be massiveat least three times bigger than before. Which means more possibilities, more adventure, more puzzles, and more tombs to explore.

“When it comes to how big In terms of scale, all our hub spaces, the areas that allow you to explore and choose your own way to play, have been increased by three time the size. So there will be lots more to see and do in each area of the game too. We have more challenge tombs, crypts, caves, and a bunch of extra things to do like the side missions for the Remnant people, and the tomb guardians.”