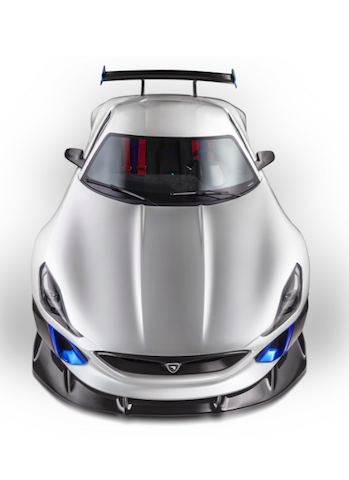 Car enthusiasts may add another powerful sports car to their collection with Rimac unveiling its latest offering Concept S during the recent 2016 Geneva Motor Show.

According to Gizmag, the Croatian automaker production is deemed to be the most electrifying booth in the event as it showcased both the Concept One supercar which can pump 1088-horsepower and its so-called “evil twin” Concept S that is faster and more powerful.

In developing the new model, Rimac tapped into the details of running the Tajima Rimac E-Runner during Pikes Peak International Hill Climb last yer. Similar to the vehicle, the Concept S can pack 1,341-horsepower with the dual front and dual rear electric motors and Rimac All Wheel Torque Vectoring S to optimize the distribution of 1,328-pound-feet to all of the four Pirelli P Zero Trofeo R track tires. It is also equipped with 82 kWh 650 V battery pack.

“The Concept S pushes the levels of performance to the extremes. Focusing on performance, the set-up of the R-AWTVS system has been adapted to give the driver the ability to use the maximum out of the tires and aerodynamics,” explained Rimac founder and chief executive officer Mate Rimac.

The sports car weighs 3,968lbs which is 100lbs lighter than the Concept One. The weight is distributed in the ratio of 42 to 58 for front and rear. Meanwhile, the interior features access to interesting infotainment system that has Pandora-playing set-up. It is said to be built with the aim of helping the driver to have the greatest experience possible with easy adjustment of the system, brake force, and torque distribution. The screen also shows data from the 500 sensors placed in the car and can even has 4G connectivity.

There are only eight units made and six are reportedly already been sold for 686,000 each.