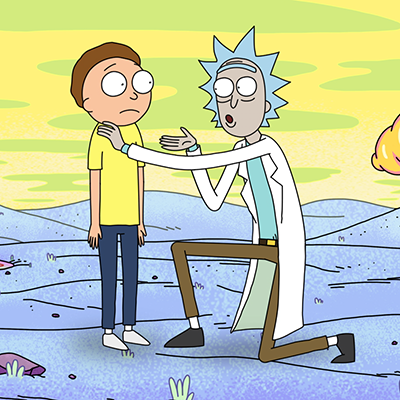 The ninth episode of Rick and Morty season two will bring on a different theme, following last week’s spin-off of one of its most famous episodes.

The eighth episode of Rick and Morty season two was a sequel spin off of season one’s initial episode entitled “Rixty Minutes,” which raised a lot of eyebrows from fans and critics, given that the jokes seemed over board. The episode particularly made fun of the rapper Ice T, who was humored to have transformed into Water T. The eighth episode, entitled “Interdimensional Cable 2: Tempting Fate,” brought in more similar type jokes, reports Realty Today.

Nonetheless, despite its criticism, another reviewer in Geek Smash said he loved “Rixty Minutes,” as its hilarity was difficult to top and was very entertaining, agreeing with what Justin Roiland, who plays Rick and is one of the creators said, “We pretty much nailed it the first time.”

Previously, Jerry (Chris Parnell) was waiting in the hospital to decide whether he will sacrifice his penis to the alien heart of Shrimply Pibbles, who is called the most important person in the universe. The synopsis for the next episode, entitled “Look Who’s Purging Now”, indicates that Morty makes a mistake and will force everyone to wait.

It is unclear as to what his mistake will be, but fans will just have to wait when it airs on Sunday. Meanwhile, the story will also explore Jerry (Chris Parnell) and Summer (Spencer Grammer) will be working out their father-daughter relationship.

A discussion between the two might be logically in line, now that Summer is more involved in Rick’s outer space missions, given that Jerry has always been insecure with Rick’s influence over Marty. Add to that the constant squabbles with his wife Beth (Sarah Chalke) during most of season one, Jerry indeed needs to talk to his daughter.

There are also rumors that the series will feature a dark plot, where Rick (Justin Roiland) might try to kill himself, notes Christian Today.

Rick and Morty is an American adult science fiction and adventure television series that follows the life of Rick, an elderly alcoholic scientist, and his gullible grandson, Morty. The show’s first season initially premiered on December 2013, followed by a second season kicking off last July. As the sophomore season is currently running, the show renewed for a third one last month. The Rick and Morty show combines adult jokes and science fiction, which surprisingly brings in a lot of fans.

Selena Gomez says she 'definitely had a thing' with DJ Zedd...