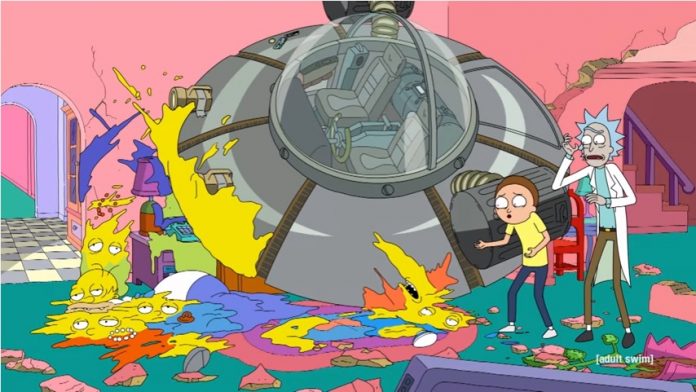 Now that the August airdate didn’t tally with most fans who have speculated it, Adult Swim’s highly anticipated season 3 of “Rick and Morty” is now reported to be scheduled for a 2017 airdate. In addition, there were also fan theories that Disney’s “Gravity Falls” might be having a mash-up with the much-hyped adult animated series.

Rumors about the said collision course sprung as an eagle-eyed “Rick and Morty” fan pointed out that a portal from the equally popular Disney animated series popped up and somewhat sucked several objects into it and they were allegedly being transported to an episode of the Adult Swim serial.

However, there are some who quashed this speculation saying that the said mash-up is quite way off considering the fact that “Gravity Falls” has a younger target audience as compared to “Rick and Morty.”

Meanwhile, it was noted previously that the showrunners of the latter have teased a video depicting some of the events that would transpire next season. As per the teaser clip, Rick is featured sporting a body of bug and is trying to escape a prison infested with gigantic mad rodents.

Furthermore, there were also talks going around that the show might be delving into more serious stories next season as reports are suggesting that the Smith couple are finally going through with their long-planned divorce and the crumbling love story of the two in the series will be zeroing in on Beth.

In addition, there are also ongoing rumors that “Fast 8” star Vin Diesel will be gracing one of the episodes next season and might provide the voice-over for one of the show’s characters which is likely to be the returning Mr. Meeseeks that was voiced by showrunner Justin Roiland himself.

As of late, there’s no definite date for the show’s season premiere. However, it is theorized that it might arrive next year.

'Black Sails' season 3 news: Teaser shows who is the world's...