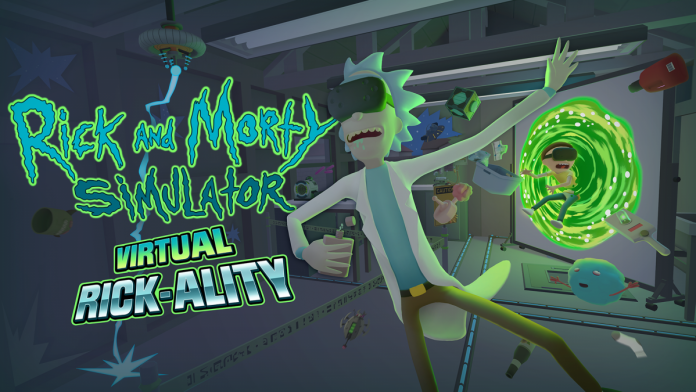 “Rick and Morty” season 3 may still be in production with a bleak timeline when it comes to its small screen debut, but fans can still while away their time on the lore especially with the launch of the “Rick and Morty Simulator: Virtual Rick-ality.”

Finally introduced in this year’s New York Comic Con that was held just last weekend, following its announcement in July, Geek.com got the first dibs on the upcoming immersive virtual reality (VR) game based on the hit Adult Swim Show.

The title runs on HTC Vive, which is VR headset brought about by the partnership between HTC and Valve. Its development is being overlooked by show co-creator Justin Roiland which guarantees that it will stay true to “Rick and Morty.”

“Rick and Morty Simulator: Virtual Rick-ality” will allow players to take on “a fresh new Morty clone, [and] pop into existence inside the Smith family garage as Rick explains what the hell is going on.” Using the Vive controllers, a multitude of things can be done in the game including picking up dirty clothes and piling them into the washing machine, pulling the lever of the blast shields lower to prevent any mishaps, as well as calling and interacting with Mr. Meeseeks.

The demo is short but the article points out that it was able to effectively convey what the title can potentially become. Furthermore, it also points out that the premise of intergalactic travel pairs well with the VR concept as it gives fans a sense of being in the fascinating environment.

Unfortunately, just like the show where it sourced its content, the release date of the game is still unknown. “Rick and Morty Simulator: Virtual Rick-ality” is being developed by Owlchemy Labs. The developer has worked on previous VR properties like “Job Simulator.”

Meanwhile, as mentioned, “Rick and Morty” season 3 has yet to nab a premiere date. The latest from the rumor pool is that new content will somehow make its way on air before the year ends. But with Roiland and co-creator Dan Harmon’s continued silence; no one really knows what will happen at this point.