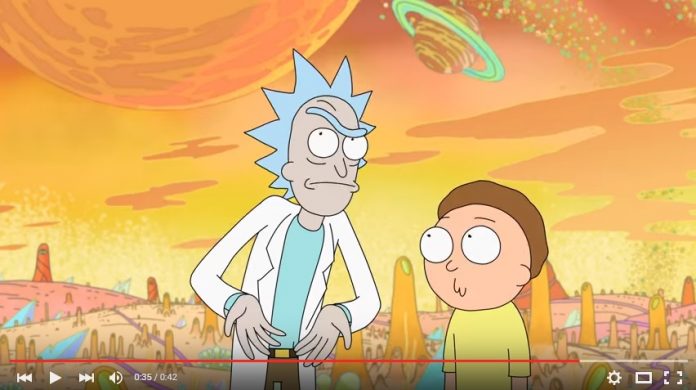 It looks like adult animated series “Rick and Morty” will be coming back to the airwaves sooner than later as numerous media outlets now report that season 3 will open before the year ends. This is contrary to previous speculations that the show will take a year and a half hiatus.

The presumed return date came from the show itself during the show’s season 2 finale back in early October where Mr. Poopy Butthole said that the fans would see more of Rick, the old alcoholic scientist of the family who has recently moved in back with his family, and his very cautious grandson Morty in about a year and a half.

Fortunately for fans, things did some turning around and according to co-creator and executive producer of the show, Dan Harmon, the crew is targeting a comeback before the year closes during his panel stint at the Magic City Comic Con in Miami, Flordia back in Janaury, io9 reported.

“I think season 3, I believe we’re targeting around the end of this year. But, you guys realize that we’re at the beginning of this year,” Harmon said when asked about when he thinks season 3 will start.

What’s more interesting is that Harmon also revealed that the third installment of the animated show will have 14 episodes, an increase of four episodes compared to its predecessor which only aired 10.

During the session, Harmon also shared some other fascinating tidbits not just about for the future of the show but also from its past two seasons. For example, he revealed that instead of just a single episode season finale, last October’s season 2 ending was originally penned to be in two installments and without a surprise plot twist that ended up as a cliffhanger.

“Rick and Morty” season 3 is already in production.