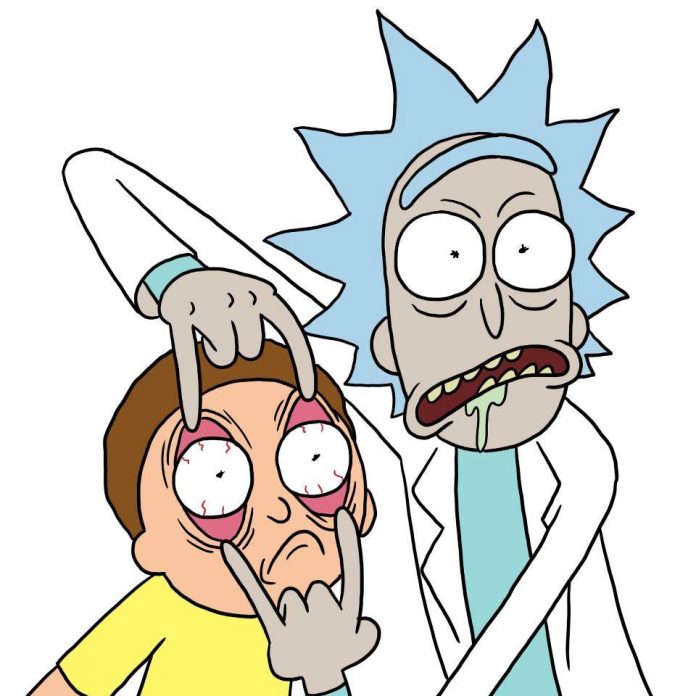 “Rick and Morty” fans have been waiting for the series to return ever since the Adult Swim show aired its season 2 finale in October 2015. The network has yet to announce a return date for the animated series, and co-creators Dan Harmon and Justin Roiland have also been keeping mum about the season 3 premiere date. Now, it appears that fans have taken matters into their own hands as some chose to troll the presidential debate coverage which aired last week.

On Sept. 27, the official “Rick and Morty” Twitter account posted a screengrab from the “O’Reilly Factor” which sees host Bill O’Reilly reporting on the debate. In the photograph, it can be seen that a fan standing behind O’Reilly is holding a sign which says, “Make America Schwifty Again,” which is a nod to the cartoon. The post was captioned, “Whoever did these: we love you.”

The term “schwifty” originated from Rick and Morty’s song “Get Schwifty” which refers to raunchy behavior on the dance floor. Meanwhile, another screengrab from CNN’s coverage of the debate shows a fan holding a sign which says “Free Rick Sanchez,” which is again a direct reference to the show.

The season 2 finale saw Rick turning himself in to the Galactic Federation to save Jerry, Beth, Morty and Summer. Rick was brought to an intergalactic prison to spend the rest of his days with some of the universe’s worst criminals, while his family was safely brought back to Earth in exchange for his surrender. Once they returned to Earth, they found out that the planet had joined the Federation and was now teeming with aliens.

The season 3 premiere is expected to feature Rick breaking out of prison, likely with the help of his grandchildren. While no return date has been confirmed, Harmon said that they are aiming for the new installment to be released by the end of 2016, which means that “Rick and Morty” season 3 could likely premiere in December on Adult Swim.