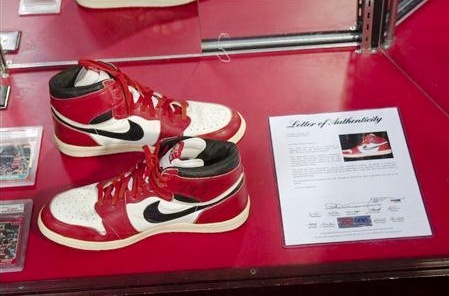 Americans’ strong desire to have retro-style athletic shoes makes the category the top performer in the footware industry.

In a press release issued by market research company The NPD Group, it was revealed that this category of shoes grew in sales by 30 percent in 2015 and helped contribute $3.5 billion. Retro basketball and retro running shoes were the most bought categories. Also, women purchased more: they were at +69 percent, while men were at +26 percent, and children, +29 percent.

Overall, the athletic footwear business did not lose at all; rather, it had gained a lot in 2015 and it is, so far, the best year for the industry. The industry has gained an 8 percent increase in sales, which generated $17.2 billion. The collected data also showed that the average selling price has also increased by 5 percent.

Matt Powell, vice president and sports industry analyst at The NDP Group, said: “While there was tremendous volatility at the category level, the overall strength of the industry was clearly evident in 2015. Performance footwear, particularly running and basketball, cooled off in 2015 and we saw a rise in the more casual and retro styles. This will be an important trend to watch in 2016. The hiking shoe category has also been, and should remain, strong as we continue to see the merging of outdoor and athletic.”

In terms of growth, hiking is placed in second with a 15 percent in growth, which puts more Americans on the outdoors. This is followed by walking, cross training, running and basketball. However, casual athletic shoes suffered a decrease in terms of sales.

Powell also added, “I expect to see the positive momentum we saw from athletic footwear throughout 2015 continue in 2016.”

The current athleisure and social fitness activities being done by the American consumer is fueling the growth of the footwear industry and Powell is advising manufacturers and retailers to include this trend with their immediate future strategy.