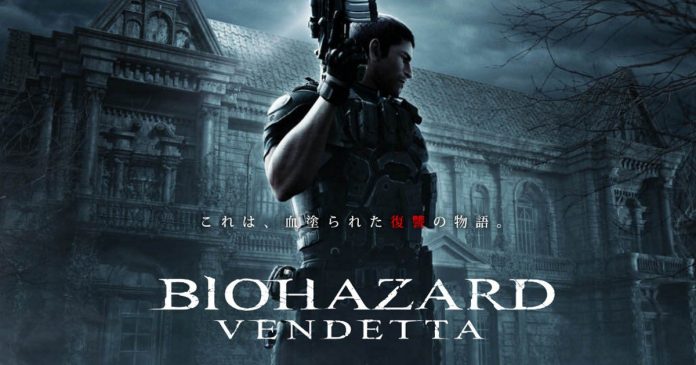 The new CG film “Resident Evil: Vendetta” will feature Chris Redfield, Leon S. Kennedy, and Rebecca Chambers as returning characters for the series. The confirmation was made through a trailer released by Capcom.

According to Game Rant, for the fans who want to revisit familiar characters and themes, Capcom is releasing a new CG film for the “Resident Evil” franchise. The “Resident Evil: Vendetta” movie will premiere in Japan in 2017.

In the trailer that Capcom released, it can be seen that Redfield and his team was defeated by Arias in an estate that seems to be reminiscent of the Spencer Estate from the original “Resident Evil” game. After the defeat, Redfield gets the help of other characters, such as former S.T.A.R.S. member Rebecca Chambers and US secret agent Leon S. Kennedy in order to join the struggle against Arias.

What this indicates is that the “Resident Evil: Vendetta” film will feature a lot of action sequences, as some of the scenes include Leon fleeing a pack of zombie dogs chasing him in the highway. Aside from this, the notably slow-moving zombies from the first “Resident Evil” games return as one of the monsters fans will be able to recognize.

According to Game Spot, “Resident Evil: Vendetta” was first announced back in 2015, and it will be released on 2017 for Japan. Unfortunately, there is no date for a global launch just yet, but it is expected to roll out internationally later in the same year. The movie is directed by Takanori Tsujimoto and written by Makoto Fukami.