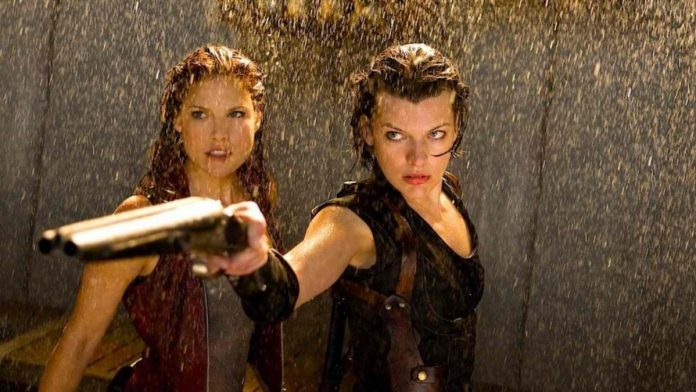 A new character has joined the roster of cast for the upcoming film Resident Evil: The Final Chapter.

South Korean star Lee Joon-gi will mark his debut in the world of Hollywood acting as he joins the cast of the sixth and “final” Resident Evil film. Joon-gi will play the role of Umbrella Corporation’s Commander Lee.

“Working for the last few nights with the incredible 3rd Dan Tae Kwon Do master and actor, Joon Gi, has been insanely fun and so inspiring,” film main star Milla Jovovich said on a post on her official Instagram, showing a photo with Joon-gi on set. “Makes me want to go back to class and brush up on my martial arts skills.”

The 33-year old Korean actor was known for his performances in a number of Korean TV series including My Girl, Iljimae, and Scholar Who Walks the Night.

The official synopsis for the film is as follows:

“Picking up immediately after the events in Resident Evil: Retribution, humanity is on its last legs after Alice is betrayed by Wesker in Washington D.C. As the only survivor of what was meant to be humanity’s final stand against the undead hordes, Alice must return to where the nightmare began Raccoon City, where the Umbrella Corporation is gathering its forces for a final strike against the only remaining survivors of the apocalypse.

“In a race against time Alice will join forces with old friends, and an unlikely ally, in an action packed battle with undead hordes and new mutant monsters. Between losing her superhuman abilities and Umbrella’s impending attack, this will be Alice’s most difficult adventure as she fights to save humanity, which is on the brink of oblivion.”