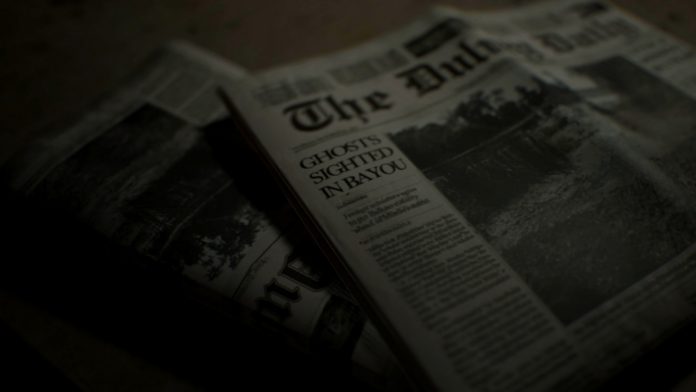 It appears that Capcom is fully capitalizing on the element of surprise as the central theme of “Resident Evil VII: Biohazard.” Be it their sudden announcement that the horror video game franchise was scheduled to drop a new iteration early next year or the suspenseful new trailer that had viewers jumping out of their seats in this year’s Gamescom. One thing is for sure, this forthcoming installment of the famed franchise is mined from its survival horror core. This would be a relief for loyal fans who have been disappointed with the last couple of releases from the series.

Critics who have previewed the teaser, dubbed as the “Lantern” gameplay trailer, are in unison that if the gameplay sneak peek is any indication, it seems that Capcom has successfully gone full circle in the much-storied video game. IGN noted that one of the most intriguing parts of the forthcoming “Resident Evil VII” is that there is not much information about it. Even with an hour-long footage which was previously released, it is still difficult to pinpoint what the actual game would be about which in the horror genre is a good thing.

Fans have been previously warned by Capcom executives about the level of horror that they have incorporated in “Resident Evil VII,” especially with its virtual reality (VR) feature. But the overall theme of it may be a good one as purists have been clamoring for that element for a couple of years now. The game’s predecessor, “Resident Evil VI,” which was released way back in 2012 had mixed reviews from its players. While its storyline, graphics and artificial intelligence (AI) were mainly praised by critics, some users noted that it seemed to have deviated too much from the original content of the game series.

“For the main series it is definitely a good move to go back into survival horror. But perhaps there’s not a lot to prove exactly, because there have been good games, although not necessarily in the genres that fans wanted.” Capcom’s EMEA marketing director Antoine Molant told MCV UK shortly after the game’s official announcement. “We’ve been listening more to the community over the last few years. The first Resident Evil was about fear in the face of danger, it was more on an emotional level than on a gameplay or story level. The team in Japan said: ‘How do we recreate that emotional response today?’ So the first person perspective was a natural direction.”