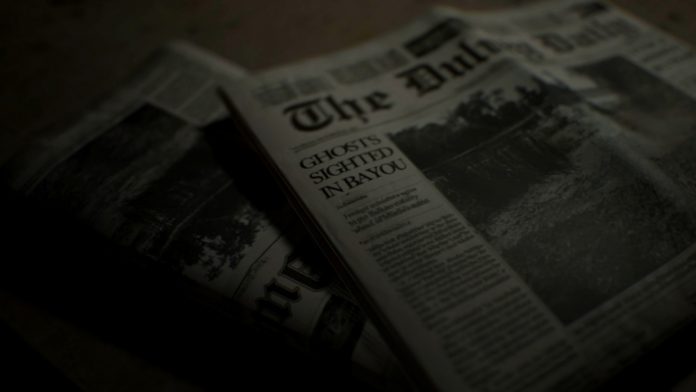 “Resident Evil” fans can thank the Entertainment Software Rating Board (ESRB) for giving them new details concerning the plotline of “Resident Evil 7: Biohazard.”

The ESRB rated the game recently, and unfortunately for Capcom, a story synopsis was released with the rating. The synopsis has been removed, but Gematsu managed to take note of the details. Twitter user Wario64 also shared a screenshot of the synopsis.

It appears that the game’s primary protagonist is going to be a character named Ethan, a man searching for his missing wife in a run-down mansion. The game summary also gives players a glimpse at some of the weapons they can use in the game like pistols, shotguns, flamethrowers, explosives and even chainsaws. Furthermore, the game’s cutscenes are going to contain a lot of violence and gore.

The game takes place at a plantation house in Louisiana owned by Jack and Marguerite Baker. The couple hasn’t been seen in public for years now, and there are rumors saying the house is haunted.

Meanwhile, Leon S. Kennedy is not going to be in the 11th installment to the main “Resident Evil” series, according to character voice actor Matt Mercer.

Mercer told GameSpot that he wasn’t going to be in “Resident Evil 7: Biohazard” since the studio was trying to cut back on cameos. However, he added that he was eager to reprise his role if Capcom ever comes calling.

According to Push Square, Capcom is bringing “Resident Evil 7: Biohazard” to the Tokyo Game Show on Sept. 15-18, so players will get a chance to see more of the game at the event.