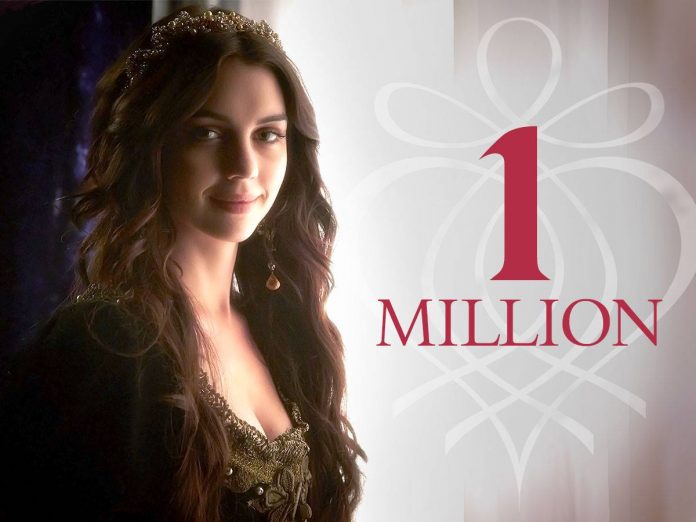 Mary (Adelaide Kane) must decide if she should save Queen Elizabeth (Rachel Skarsten) in an all-new episode of CW’s periodical drama series “Reign” season 3.

Titled “Strange Bedfellows,” synopsis for episode 13 reveals that in order to protect Elizabeth, Mary has unknowingly put Gideon’s (Ben Geurens) life in danger. To help save him, Mary turns to another Englishman for help – Robert Dudley (Charlie Carrick).

According to spoilers, with her recent discovery that she is unintentionally involved in the scheme to take the queen of England down, Mary is afraid that she will end up on opposite sides from Gideon.

The previous episode showed that the queen of Scots admitted to Gideon that Rome will support her return to Scotland even though she is instructed to keep the information secret to her enemies. When asked why she is confessing to him, Mary said that she believes Gideon cares for her and Elizabeth. She also revealed the Vatican’s plan on assassinating the latter after she has been announced as the successor to the throne.

Meanwhile, Bash (Torrance Coombs) will do the best he can to determinedly track down the men behind the threats to Catherine de’ Medici (Megan Follows).

Down the pipeline, Mary realizes that her return to her home is becoming increasingly imminent as there is a need to defend it. Along with the help of Bash, she must raise her own army to save her throne.

Moreover, Elizabeth will enlist Lola’s (Anna Popplewell) help to find out information about her mother. However, her efforts backfire when Lola suddenly gets caught. Lola will also share her knowledge to Mary on how she can leave France safely, but she must act quietly and quickly. But it remains to be seen if she decides to stay or finally exit the country when another trouble puts Catherine in the spotlight.