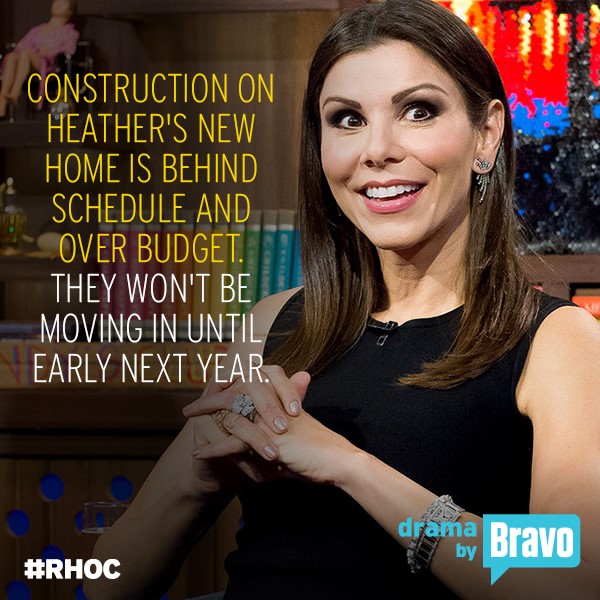 She is known for being a doting wife and a supportive mother on TV. Now, Heather Dubrow has decided to focus on her personal life and say goodbye to “Real Housewives of Orange County.”

The mother of four has announced her exit from Bravo’s reality series through her podcast show, “Heather Dubrow’s World.” Dubrow, who appeared in the real family drama series since the seventh season, indicated that the decision to leave was difficult. Despite the show’s success, she felt that she has changed her priorities for her children.

“My oldest kids are now teenagers, and I just felt like they need to make their own decision about being on television and exposing their lives, and for me personally, I have some really cool, interesting opportunities that I want to explore. I don’t know where they’re going to go, but I want the opportunity to explore them,” Dubrow explained.

The New York-born actress cited that she has become a risk-taker because of the show, and it allowed her to enjoy “cool experiences.”

Now in its 11th season, the “Real Housewives of Orange County” is a reality series that covers the lives of upper-class women in California. Its first season premiered in 2006.

The wife of plastic surgeon Terry Dubrow also issued an official statement about leaving the show after five seasons on BravoTV.com.

“These past 5 years have been an incredible journey and I’m so proud to have been a part of such an iconic piece of pop culture,” Heather said in her statement.

The 48-year-old reality star expressed how grateful she is with Evolution Media, Bravo, and the NBCU network for giving her and her family opportunities and amazing experiences. However, she stated that she have decided to go in a different direction and to do what’s best for her family and career.

Suits season 5: executive producer gives away some of what's in...