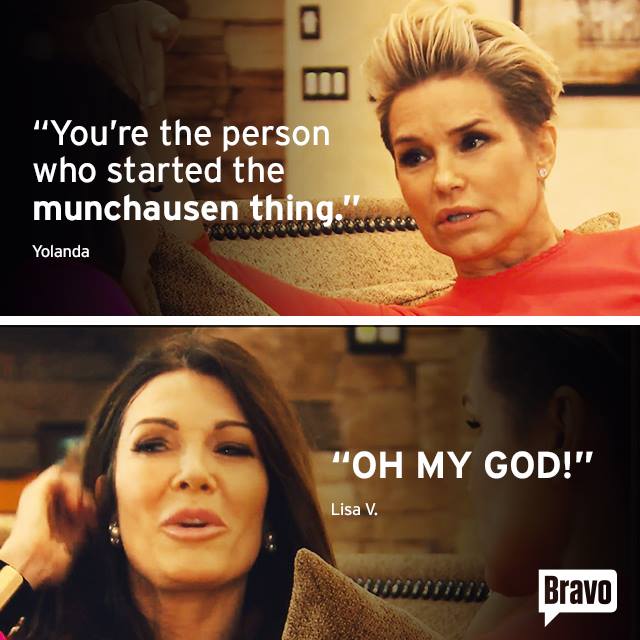 Bravo’s reality show “Real Housewives of Beverly Hills” will have its three-part reunion special for season 6 set to air in the following weeks.

According to E! Online, the episodes will follow the drama that unfolded in the season finale. Viewers saw Erika Girardi reveal that the girls are not debating anymore if Yolanda Foster’s Lyme disease diagnosis is legitimate, but they are now focused on who may have started the rumors.

Lisa Rinna claimed that it was Lisa Vanderpump who seemed to have encouraged their friends to discuss the possibility of Yolanda having Munchausen’s syndrome openly to the cameras.

The first look at the reunion shows Rinna accusing that Vanderpump’s allegations go back further than what she previously shared. The clip reveals the time when the housewives celebrated Rinna’s birthday at Ill Cielo wherein Foster only attended the first 20 minutes of the event.

Vanderpump and Ken Todd commented that Foster looked bad on the said night while Rinna’s husband Harry Hamlin tried to shut down the talk, reportedly saying, “You know what, we need to support this woman whether she’s sick or not, and that’s that.” Rinna then told Vanderpump that it was the moment the latter stated, “And you went, ‘There goes our f****** story line!'”

Rinna even presented her phone records to her co-stars and host Andy Cohen to prove that Vanderpump made the calls she previously denied about their correspondence. She contested that the restaurant owner reached out to her to further discuss the speculation about Munchausen. Although the two are the highlights of the drama, Foster seemed to have heard enough and decided to walk out during the installment.

“The Real Housewives of Beverly Hills'” three-part reunion special will begin on Tuesday, April 19 to be followed by part two on April 26, both at 9 P.M. EST, and part three on May 3 at 8 P.M. EST.