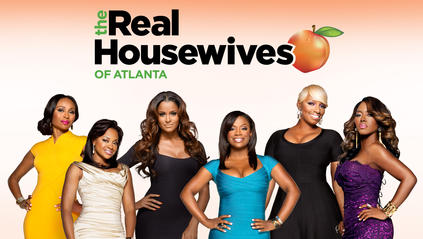 Nene Leakes may have left The Real Housewives of Atlanta but she is not shy about sharing inside information about the show.

In an interview with Access Hollywood, the former RHOA cast member clarified speculations that transgender Amiyah Scott will be her replacement on the show.

“Amiyah Scott will not be a Housewife, I can bet you that. It’s just a way to get everybody to tune in, guarantee you that,” she said, adding that rumors that Kim Fields and Sheree Whitfield will be part of the cast were also not true.

“I am irreplaceable. They will have to bring in a truckload of women and men to replace me. I’m irreplaceable honey. They will never find anybody that can do what Nene does,” she said cheekily.

She however, said that she is not closing the doors on the show, and said that there is a possibiity of a Nene Leakes return.

“I just need a break. I may come back some day,” she said.

Meanwhile, it has been reported that Kenya Moore’s boyfriend Eugene Cascario’s previous legal issues have surfaced.

Based on a report by Enstarz, truck dealer Cascario was previously charged with simple assault and battery, as well as making terrorist threats in 2007 at the Geisha House sushi restaurant in Atlanta.

The charges were eventually dropped but this news could be another disappointment for Moore who was recently left heartbroken after she found out that James Freeman, the man she met and fell for in an episode of the Millionaire Matchmaker got married to someone else a week after their episode aired, US Weekly reported.

Taylor Swift news: Award-winning singer-songwriter gets into the game