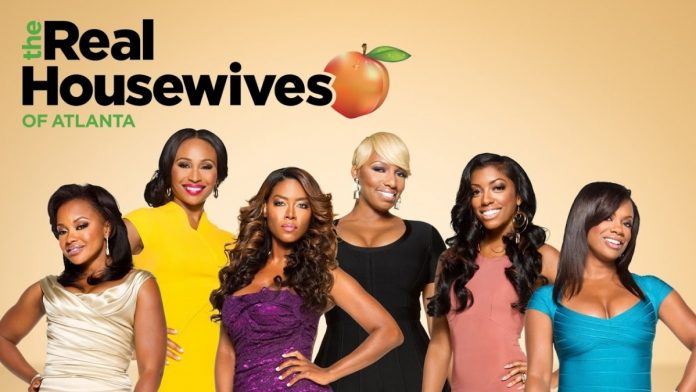 Based on an article posted in VC Post, Leakes said that her crying was real and that her tough faade does not mean that she does not have a heart of pure gold.

In the reunion finale of the season, Leakes had a meltdown and walked off the set saying she could not talk about her mom.

When asked, Leakes explained about her abandonment issues with her mother, being part of abusive relationships, and the death of her brother.

Still, there were those that speculated that Leakes’ outburst had something to do with a major deal she had in the works with Kardashian possibly involving her own show. The stars have yet to release their official statement on their business venture but Leakes said that “she has signed something very exciting with her (Kim) for the next couple of years.”

Kenya Moore, on the other hand, is facing some drama after finding out that the man she has met through Millionaire Matchmaker is now married.

Moore is reportedly brokenhearted after she discovered via social media that her boyfriend James Freeman got married. While the star claims to be completely surprised by the news, the new Mrs. Freeman is claiming that the star knew all along that James already found someone else.

Pro volleyball athlete Jaimi Gregory-Freeman, in a Radar Online interview, said that James made it clear to Kenya that he has fallen in love someone else when the reality star reached out to him to invite him out to celebrate their stellar ratings.

Jaimi said that the after the Millionaire Matchmaker episode was shot in September 2014, she met her husband in December of the same year. They got engaged three months later and then married in April. She is now saying that it was Moore who faked her engagement to her husband.

On a lighter note, RHOA alum Kim Zolciak celebrated her daughter Brielle Biermann’s high school graduation with her family, posting Instagram photos of them attending the ceremony, Brielle in her graduation gown and the carnival party they threw for the graduate.

“One of the BEST moments of my life even though I’ve been crying since 10am! @briellebiermann you will always be my ‘Ellie Bellie Boo’ #MyHeartAndSoul #ThisIsSurreal #Classof2015 #LouboutinWedges,” she captioned a snap of Brielle.