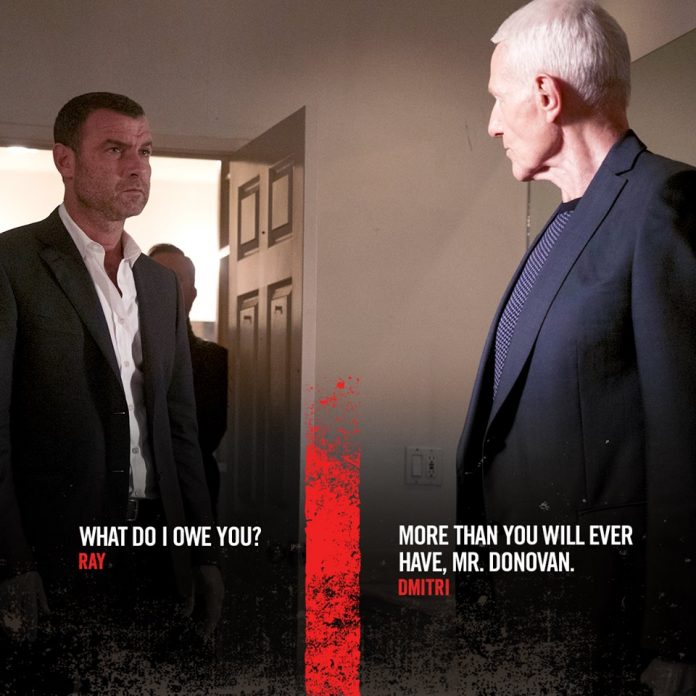 Showtime’s gritty drama “Ray Donovan” is heading to its concluding installment for season 4, featuring the titular fixer playing the role of God.

According to a sneak peek shared by Variety, Hector Campos (Ismael Cruz Cordova) turns to the church as he tries to figure out how to solve the mess he created. It can be recalled that the professional boxer developed a friendship with fellow abuse survivor, Ray (Liev Schreiber). He even told the latter his incestuous relationship with half-sister Marisol (Lisa Bonet).

However, when Marisol publicly revealed their dark secret, Hector snapped and murdered her. In the clip for the finale titled “Rattus Rattus,” Father Romero (Leland Orser) reveals to Ray that Hector called him. “He wants to turn back to God,” he said.

The fixer seems to be having none of it, “He sure as f*** didn’t call you when he was drowning his sister in a bathtub, did he?. Didn’t call God then, did he, Father?” he quips. The priest then pointedly replies that Hector asked for Ray’s help in particular and not his, resulting to the latter walking out of the room.

Meanwhile, TV Guide shares that it appears Hector does not have to throw the big fight in order to make good on his promise to Ray. The boxer assured that he will lose the match so that the latter can pay off his debt to the Russians and get rid of the Feds.

Fortunately, Mickey (Jon Voight) was able to discover vital details that will give Ray all the evidence he needs to nail the Russians down. But it still remains to be seen if the information will reach Hector before the face-off.

The season 4 finale of “Ray Donovan” is slated to air on Sunday, Sept. 18. The network has renewed the series for season 5 and ordered 12 episodes with production slated to start sometime in 2017.