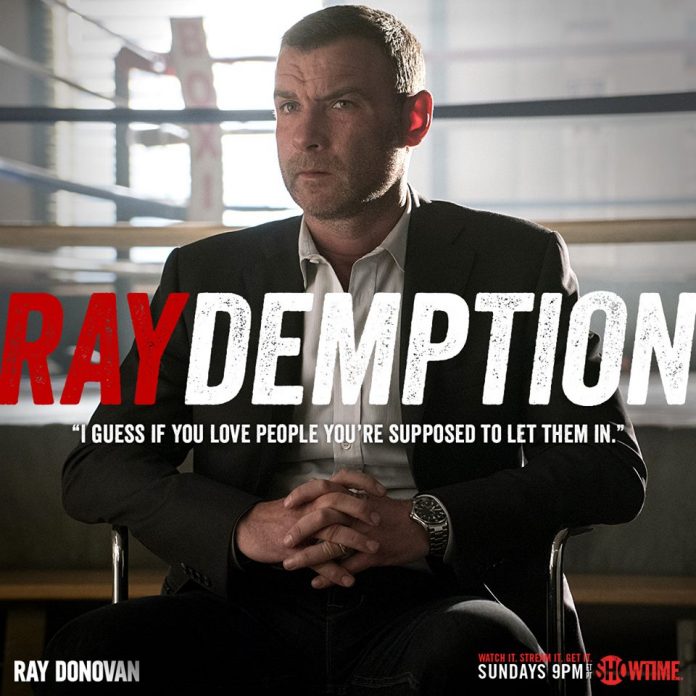 An intruder breaks into the Donovan household in the upcoming brand new installment of Showtime’s “Ray Donovan” season 4.

Titled “Little Bill Primm’s Big Green Horseshoe,” episode 3 will see the situation with the intruder forcing the family closer together in unexpected ways. The synopsis reveals that with Bridget (Kerris Dorsey) nearing her 18th birthday, she struggles to maintain her independence as she will be pulled back into the dysfunctional family situation.

In Primm, Mickey (Jon Voight) schemes to rob a local legend’s casino with a lounge singer, an erratic electrician and a man named Ed (J. LaRose) as co-conspirators. Meanwhile, Ray (Liev Schreiber) visits Belikov (Pasha D. Lychnikoff) in his prison cell in an attempt to strike a deal. This will lead him to meet an enigmatic art dealer who is said to be tied to his operation.

Elsewhere, with Bunchy (Dash Mihok) and Teresa’s (Alyssa Diaz) baby due any minute, the couple will try to navigate around their marital woes while they are under a lockdown.

Following Belikov’s fiasco last season, the antagonist’s men are on the hunt for retribution and their primary target is Ray. It is speculated that one of them will be endangering the lives of Donovan’s family members in their own home.

In a promotional teaser, it seems Mickey is already in deep trouble. A detective voice can be heard saying, “You know he will turn on you once I give him the deal.” Ray then enters the room asking for more leeway, “Give me one day, I’ll give you Belikov.”

It appears like the fixer will also be having his own struggles. The priest encourages him to relive some of his stress by talking to God, “I know you think you’ll helping him Ray but you’re not, you need to come to confession.”

'The Bachelorette' Season 2015 spoilers: After boxing, guys battle it out...