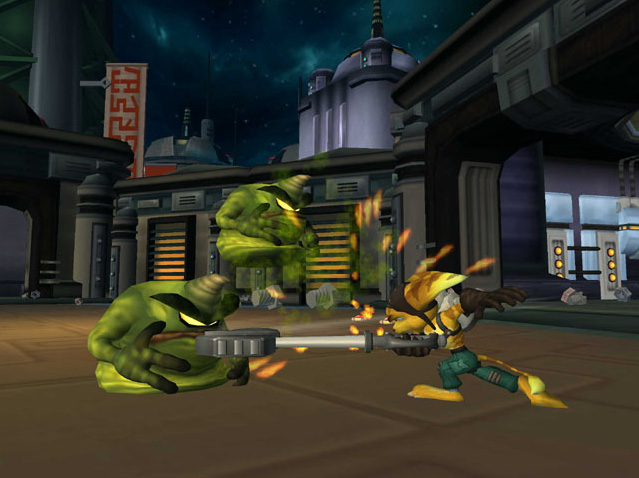 “Are you ready to be a Galactic Ranger? We want you!”

In this age of fast-paced gaming scene, different titles just come and go. One day a game is popular, the next it may be forgotten. Not so many have left a mark that last for long. Also, it’s not every year one can see a classic PlayStation 2 favorite be brought to the current-gen PlayStation 4. But Ratchet & Clank, straight from the remains of the long discontinued console, is coming straight to the PS4.

Ratchet & Clank for  PS4 is originally slated to be a remake of the 2002 PS2 game. First announced during Sony’s E3 2014 presentation, game developer Insomniac picked up the title and said that it will work on a PS4 version. A motion picture based on the original game will also be released prior to the PS4 game edition which makes the PS4 Ratchet & Clank “a game based on the movie based on the game”.

However, during this year’s E3 Sony presentation, Insomniac debunked previous suggestions that the game was going to be a remake, saying that Ratchet & Clank for PS4 was an all-new game entirely. In an interview with Polygon, production director Shaun McCabe explained how this was so.

“Ratchet and Clank is a new game that takes elements from the original. What we imagined when we started was a curated first Ratchet experience,” McCabe said.

Ratchet & Clank for PS4 was originally meant for a mid-2015 release. However, it recently got pushed by to a Spring 2016 release.

“As we developed this, it grew, as things do at Insomniac. Nothing we make ever stays small. We ended up adding a ton of stuff. What we ended up with was a new game and what we think is a new beginning for Ratchet and Clank,” he said.