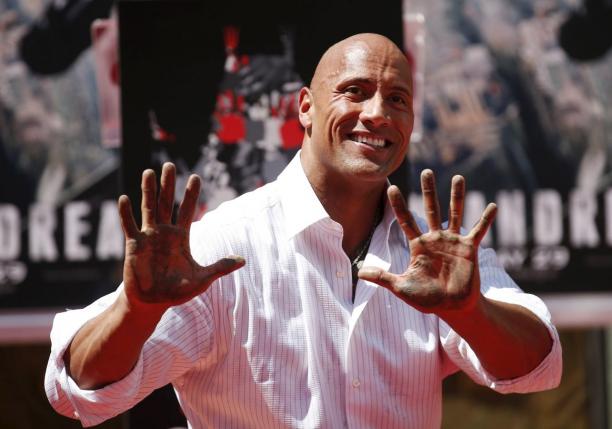 After coursing through collapsing buildings and surviving an earthquake in the box-office hit movie San Andreas, actor Dwayne Johnson is set to star in another action-packed film slated to start production in the summer of 2016.

Deadline exclusively reported that The Rock will star in a movie involving a giant gorilla, a giant lizard and a giant werewolf that cause mayhem across cities in North America. The film will be based on the adaptation of classic 80’s Midway Arcade Game, Rampage, and will be produced by San Andreas’ producer Beau Flynn of FlynnPictureCo., in partnership with John Rickard of Rickard Pictures.

John and Dany Garcia of Seven Bucks Productions will also co-produce, with New Line Studio in charge of distribution. The script will be written by Ryan Engle who wrote the story for Liam Neeson’s Non-Stop.

Johnson took to Twitter to announce the news saying, “We’ll get the best filmmakers in the world for this project. Excited to make this movie for y’all Get ready..#RAMPAGE”. On a separate note, he also said that “Cool bringin’ our #SanAndreas band back together.”

As there are currently no details on the plot, some speculations suggest that Johnson will either fight the monsters or become one of them.

Entertainment Weekly shared that in the arcade game, the player becomes either George, Lizzie or Ralph. They were humans in the start but were experimented on by evil scientists. As a result, they turn into a gorilla, a lizard and a werewolf. The player gets attacked by soldiers, helicopters and policemen as the three monsters make it their goal to destroy some of United States’ major cities and landmarks.

Reportedly, Johnson will finish filming for the eight installment in the widely popular franchise Fast & Furious before he starts on the film.