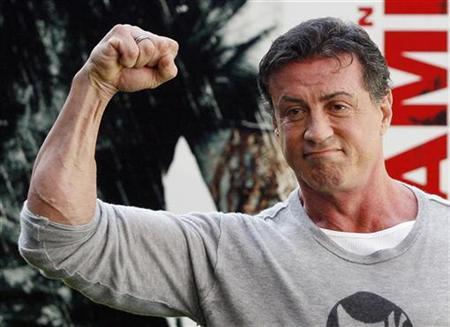 After four “Rambo” films, the iconic character played by Sylvester Stallone is headed to the small screen.

According to Deadline, Fox recently closed a development deal for “Rambo: New Blood,” with Stallone on board as an executive producer. It is yet to be confirmed if the 69-year-old Hollywood actor will star in the role, make cameo appearances or stay behind the cameras.

Early reports indicate the series to center around Rambo and son J.R., an ex-Navy SEAL. The series will explore the “complex relationship” between the two.

“Die Hard” and “The Fugitive” screenplay writer Jeb Stuart will write the treatment for the “Rambo” TV series with companies Entertainment One and Millennium Films producing.

“Rambo: New Blood” follows another Stallone-led movie franchise, “The Expendables,” to the small screen. It is the latest in a string of film-to-TV reboots. Fox is also developing “Lethal Weapon” and “Behind Enemy Lines,” CBS is working on “Training Day,” ABC is planning “My Best Friend’s Wedding” and NBC is readying “Taken.”

Stallone is currently enjoying success with another character he is well-known for Rocky Balboa. “Creed,” the latest film in the franchise, follows the son of former Rocky rival-turned-friend Apollo Creed. Actor Michael B. Jordan plays son Adonis Johnson Creed with Rocky serving as his mentor in the movie.

This is the second time in its storied franchise that Rambo will appear as a TV show. Back in 1986, the character had its animated syndicated series “Rambo: The Force of Freedom.”