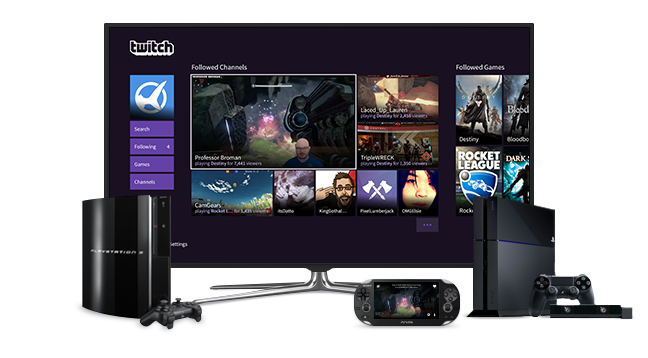 PlayStation 4 users will soon be able to broadcast their games with the release of the Twitch application this fall on the gaming console.

Speaking today at TwitchCon 2015 at Moscone West in downtown San Francisco, Twitch CEO Emmett Shear announced that the full-featured app will be available for download this October not only on PlayStation 4 but also across PlayStation Vita, PlayStation TV, and PlayStation 3.

Game Spot reports that although Twitch’s features is already included in the PS4 through built-in streaming options that can be accessed by pressing the share button on the DualShock 4 controller, having a real Twitch app will unlock other possibilities. Some of these include watching live streams across all platforms (PS4, PC, etc.) and chatting with other gamers with full access to emoticons.

A preview was shown during the conference, and it looks like the one developed for the Xbox One. This version of Twitch was launched in 2014 and has various features such as initiating broadcast with the user’s voice, customizing picture-in-picture, reading chat messages, and joining other viewer parties.

Also announced during the TwitchCon 2015 are the updates to whispers, creating video playlists, and improved video experience. Starting October, individual windows including a categorized list of all users’ whispers will be available. Moreover, conversation history will be saved forever.

Video playlists can soon be turned into a 24/7 channel where fans or followers of users can watch and chat about saved videos regardless of whether the creator of the playlist is online or not.

Meanwhile, overall video experience on Twitch has been enhanced. Thumbnails of highlights and videos can be customized after the update. Uploading videos directly to Twitch will also be included. Plus, an HTML5 video player will be used by the app.

The TwitchCon 2015 runs from September 25-26, and it can be viewed live on their website.