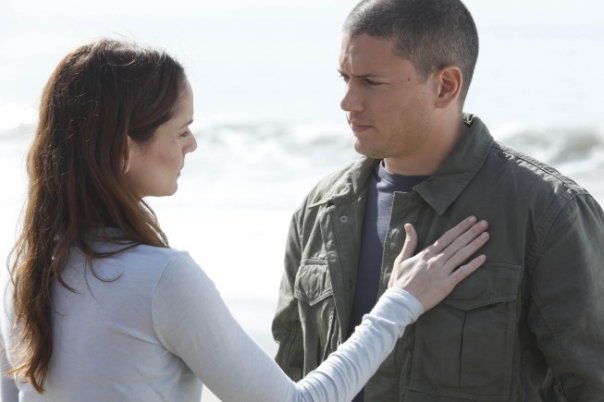 With a few months left before “Prison Break” officially airs its fifth season, fans of the show find themselves already with a lot of questions even before the new installment has premiered. Fortunately, the people involved in the show have been generous enough in giving tidbits of what fans can expect when the show comes back on air after a couple of years on hiatus.

Arguably one of the most jarring unknowns when the thriller comes back is how exactly Michael was able to survive what could have been a lethal experience back in season 4’s finale. Wentworth Miller, who plays the character, recently provided some insight while talking to TVLine at the San Diego Comic-Con. He also gave an update as to what he is currently up to and what his story arc will be in the upcoming season.

As it turns out, it is not only fans that unknowingly went on with their lives following Michael’s supposed death. Interestingly, Michael’s wife Sara (Sarah Wayne Callies) also gets the shock of her life when she finally finds out that the love of her life is alive somewhere in a different continent apart from her and their son. Unfortunately things get more complicated as Sara has already moved on with a new husband, to be played by Mark Feuerstein.

Despite the glaring question of his survival, Miller appeased fans by saying that his resurrection is nothing but “cool, unexpected and justified.”

His co-star and onscreen brother, Dominic Purcell, also previously aired the same sentiment in order to convince skeptical viewers to be more accepting of how Michael is still alive and how it will be incorporated in the story. Even the show writers have time and time again explained that they will not shoehorn Michael’s story arc just for the sake of telling a story.

As for the possibility that the upcoming season of “Prison Break” will not be its last, Wentworth answered eagerly but not without any stipulations.

“It’s about telling a good story well, so we if we can’t come up with a great hook, a reason to be, then I don’t think we should do it because the point of the reboot was to give fans something else to enjoy and we all worked really hard to make sure that it was something that could stand alongside what came before,” the actor said.

No official premiere date has been set for the return of “Prison Break” but fans can expect the miniseries to debut sometime early next year. .

'Frozen 2' recording about to happen; 'story is great'