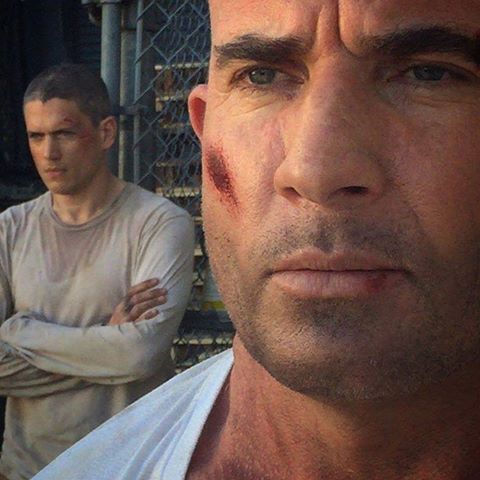 Star Dominic Purcell returns to the set of the revival of hit series “Prison Break” after recovering from a serious on-set injury in Morocco.

The actor who portrays Lincoln Burrows recently shared a promotional photo on his Instagram and simply captioned it with “Back,” seemingly suggesting that he may now be filming again. While shooting earlier this month, an iron bar fell on his head which resulted in a broken nose, arm wounds, and two deep head gashes that reportedly required more than 150 stitches in total.

Talking to Deadline, Purcell discussed the accident and admitted that he thought he was going to die. “Physically, I’m fine. The accident was shocking, more than anything else. I mean, it was a scene where I was running into the prison, and I felt this extraordinary explosion on my head that I’d never experienced,” he recounted.

“I kind of just sat there for a moment in shock. I’m not being hyperbolic when I say this I expected that I was either going to black out or die, because in my brain, when he said my skull was showing, I just assumed that my skull was cracked, and blood was going to go into my brain, and I was going to f***ing die in Morocco. I thought I was going to die…” he added.

He also revealed that they were in Ouarzazate, which he described to be in the “middle of nowhere,” and as they tried to get medical assistance, they realized that the infrastructure there wasn’t the best.

Purcell was then brought to another hospital but found the doctors arguing over who would take his case. He decided to walk out of the facility , was given first aid assistance and after which, FOX flew him out via helicopter to Casablanca where he was successfully treated.

Talking about the some details of the plot for the series, the actor teased that it will be a “riveting high-tension thriller.” He disclosed that the follow-up story takes place in Yemen where they deal with ISIS and ISA.

Lincoln’s brother Michael Scofield (Wentworth Miller) ended working in an organization but it got to a point that he could not do it anymore. He was thrown in a jail to change his mind. Lincoln finds out about it and will try to bust him out.

“Prison Break” is slated to return sometime in 2017 for a nine-episode run, all written by series creator Paul Scheuring.