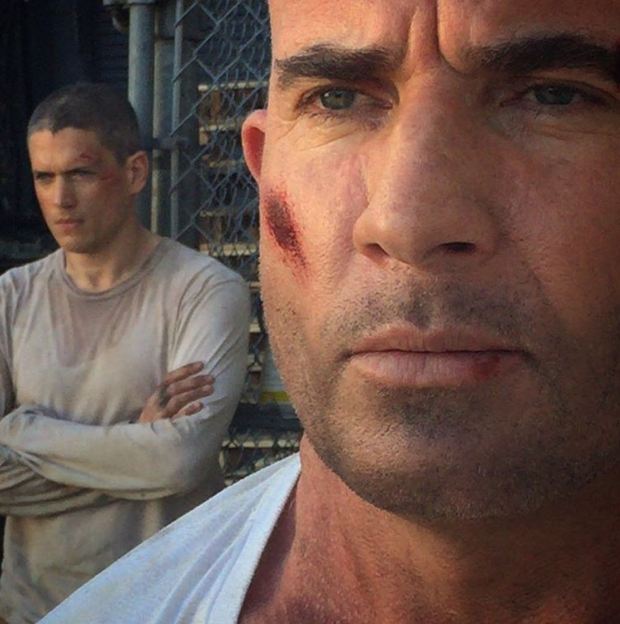 Fans got to see a first look on “Prison Break” stars Dominic Purcell and Wentworth Miller as they shared a photo of themselves as their characters in the upcoming new season of the hit TV series, which will come back to television after nearly a decade since the finale of the original series.

It has been more than nine years since fans got to see the characters of “Prison Break” together for the show. Now that a new series is set to revive the franchise and bring back the old actors from the original series once more, fans of the classic hit have been waiting for its premiere. Two of the series’ main stars shared a first look at them as their beloved characters from the seriesPurcell and Miller.

In the Instagram post of Purcell, he posted a photo of him and co-star Miller, with a caption that expressed their gratitude for the opportunity to go back and work for the series, as well as the continuous support from the fans.

“It’s a joy working with my friend on something that connects to all parts of the world,” Purcell said in the post. “We both thank you for your continued support.”

The photo showed the two actors as their characters Michael Scofield and Lincoln Burrows, respectively. For whatever reason, their faces are with scars and bruiseshinting that early in the new series, the two might have already gone through some rough times together.

According to latest reports, the stars of “Prison Break” have been filming for a few months now in Vancouver. The series is also expected to go somewhere in the Middle East to “plan the biggest escape of the year.”

The new “Prison Break” is expected to sometime in September this year.