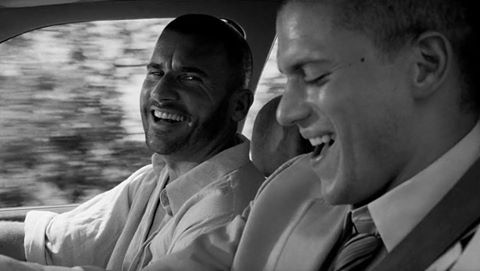 The highly anticipated reboot of “Prison Break” will only have nine episodes in the run all written by series creator Paul Scheuring. However, star Wentworth Miller revealed that it is possible there could be more installments in the narrative.

The actor who portrays Michael Scofield told Digital Spy during an appearance at the recently held 2016 Attitude Award, “Depending on how it’s received, and who’s available, there could be another conversation about another bite of the apple. We’ll see…”

When it comes to what fans may look forward to in the revival, Miller hinted that seven years later, viewers can expect a lot more of the same things they have loved the first time around. “And it will also be quite different as the characters have changed, so my character in particular is no longer just a hero he’s a few other things as well. I think the fans will get a kick out of it,” he added.

It has been confirmed that Michael did not meet his demise during the finale of season 4 but instead, he ended up working for a threatening organization. Michael’s dilemma will begin when he decides that he can no longer do it anymore and wants to leave the group. He is thrown to jail in order to change his mind and when they can’t do it, they set him up.

In a previous interview with Deadline, Dominic Purcell who plays Michael’s brother, Lincoln Burrows, revealed that the show will take place in Yemen and they will deal with ISIS and ISA.

It is widely speculated that Michael will be aided by Lincoln in escaping from his confinement when the show returns. The latter is said to team up with the former’s wife, Sara Tancredi (Sara Wayne Callies), to make their plans successful.

Writer and executive producer Vaun Wilmott recently took to Twitter to tease an image of Michael seemingly in a tense situation as he finds his way out of jail. The caption reads, “Michael on the monitor. Looking for a way out. Prison Break is back!”