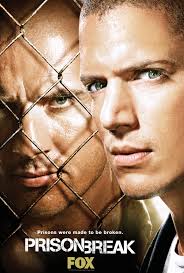 Michael Scofield will be back in the limited Prison Break series that Fox is currently working on.

Newman had announced during the TCA event that Fox will be working on a “bit of a sequel” for the popular series, which originally ran for four seasons in the network. In relation to this, Deadline said, the Fox CEO announced both Wentworth Miller and Dominic Purcell will be returning to the show and reprise the roles of their well-known characters for the sequel.

Fans of the series are aware that Miller’s character, Michael Scofield, was killed in the events of the straight-to-video finale spin-off.

However, the iDigital Times reported, those events are set to be ignored as Dana Walden of FOX said that the 10-episode limited series will answer whatever questions audience may have of Scofield’s fate as well as the other characters.

“[The new series] will address some questions that were set up at the end of the series for a new audience, a logical and believable explanation to why the characters are alive and still moving around the world,” the iDigital Times quoted her as saying.

The first season of Prison Break had Michael infiltrating the Fox River Penitentiary to break his brother Lincoln out using his intimate knowledge of the prison and its layout. Seasons one and two of the series were critically acclaimed, and ran for two more seasons until it concluded in 2009.

According to the Latino Post, the series’ creator Paul Scheuring is penning the pilot episode. The project is set to take off the ground early next year, and could be released by summer, in order to accommodate the schedules of both Miller and Purcell, who are working together in the CW series, “Legends of Tomorrow.”