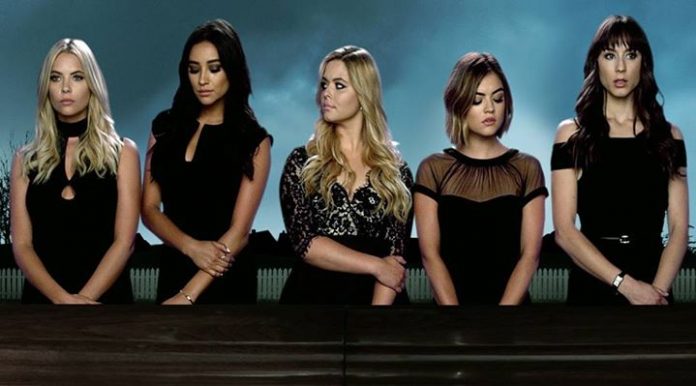 After the thrilling finale of season 6, season 7 of “Pretty Little Liars” seems to be more promising. Spoilers were revealed during separate interviews with I. Marlene King and Andrea Parker.

In an interview with I. Marlene King, creator of “Pretty Little Liars,” by the Hollywood Reporter, she mentioned that season 7 will be the “beginning of the end” of the series, promising bigger revelations to conclude the show, particularly the “A” villains.

The sixth season’s finale gave fans the biggest surprise about the series’ story about the twins. It turned out that it was Mrs. DiLaurentis (Andrea Parker) who has a twin and not Ali. The creator mentioned in the interview that they want to avoid making Ali a twin because “it was too close to the books.”

King also described the new season to be an “explosive” story. They designed it to unveil “more quickly” than the usual pacing of the previous installments. Since this will be the end of the series, the creator is exerting much effort to come up with a big finale to satisfy the fans and even the staff of the show.

Likewise, King revealed that they have planned this seventh season to be the grand “homecoming” of all actors who have been part of “Pretty Little Liars.” They are hoping to get them back to appear in the show despite their commitments with other shows.

In another interview with Andrea Parker by TVLine last week, she teased, “We all know how much I love to be bad.” When asked to describe Mary as a villain, Parker said that there must be a “sympathetic angle” to her villainous character. She also added that Mary’s love for Charlotte “would bring another dimension to her.”

Parker also revealed that the cast will have a meeting with King this week to discuss season 7. She even joked, “I’m ravenous. I need to find out everything about Mary Drake.” She detailed that she is particularly “excited about investigating Mary Drake as a mother.”