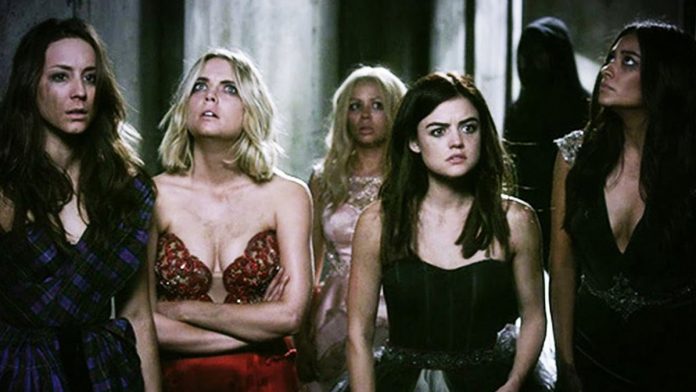 Episode 7 of this season’s Pretty Little Liars promises the return of Charles diLaurentis — that is if signs like his dad getting a birthday card indicating his return get the follow through that fans have been waiting for.

A sneak peek at the episode promises to be an exciting one as Alison and her dad rush out of the house upon getting the missive from the “dead” Charles.

Meanwhile, Emily and Aria agree with Mr. diLaurentis and Alison’s point of view on the matter. While Alison and Jason feel the need to get away from terror, Hanna sees this as opportunity to catch him. Jason does see his return as a way to confirm or validate childhood memories that he had. But Mr. diLaurentis, despite his heroic attempts to save his other children seems to be hiding so much more about the past and he is still keeping his other kids in the dark about it.

In related news, Mona and Mike shippers will continue to be shut out as Mike will struggle in this episode to get her back. Mona will still remain forlorn and distant. Mike will also learn from Aria that it was not because of Aria that Mona was not returning any of his calls or talking to him. While it’s not as ice cold as the Mona and Mike dynamic, Toby and Spencer have a bit of a reunion but it’s abruptly interrupted by Spencer’s need to help Aria. This drives home a central trust issue between the two of them, because Toby is wary if Spencer is lying to him about helping Aria in her valedictory speech and is again doing something related to A.