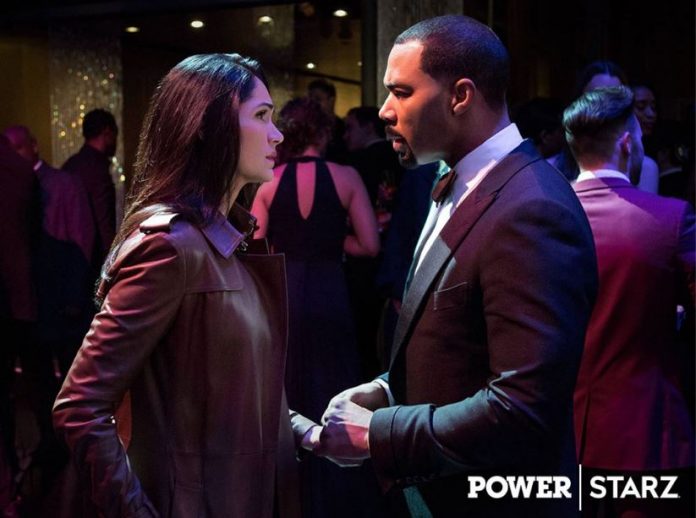 The third season of “Power” ended with Ghost (Omari Hardwick) getting arrested by his ex-girlfriend, Angela Valdes (Lela Loren) for the murder of agent Gregory Knox (Andy Bean). While Ghost had nothing to do with it, Angela decided to arrest him anyway and did it in front of one his nightclubs just as Ghost closed a big deal to launch more clubs outside the United States.

The ending was a shocker for fans, and while viewers were relieved that Ghost didn’t die given that he was being hunted this season, it appears that he might be facing some jail time in season 4.

Executive producer Courtney Kemp spoke with Deadline about the shocking ending, saying that if fans watched the pilot episode of the series, then they know that Ghost’s arrest was going to happen in the series.

“We were always driving to this moment where Angela arrested Ghost,” said Kemp. While many thought that this scene was going to be the series ender for the Starz show, the fact that “Power” got renewed for seasons 4 and 5 means that viewers are now going to be guessing what comes next for the club mogul.

“I think what you’re going to see is that Ghost fights to redeem himself from this charge, which is a wrongful charge,” Kemp revealed. Meanwhile, the producer said that Ghost’s childhood friend and right-hand man, Tommy (Joseph Sikora) is going to “redefine himself as a connect” and is on his way to becoming the most powerful drug dealer in New York City.

As for Angela, Kemp said that she will try to become a decent prosecutor again and while she was wrong to arrest Ghost for a crime he did not do, Angela was in a “place of righteousness.” Dre (Rotimi) will also be growing up in season 4 as Kemp said that the character will be using Ghost’s arrest to his advantage.

New cast members will also be seen in the new installment as “Fast and Furious” star Sung Kang will be joining season 4. While Kemp did not divulge his character, the producer said that his role is going to be someone very influential who comes into Angela’s life and that viewers will see him right away in the premiere.