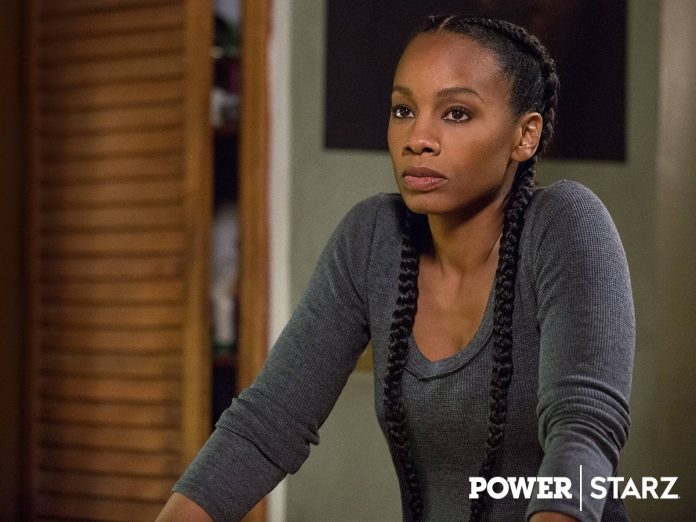 It can be recalled that in episode 3, the cop made her shocking debut when she openly killed both the robber and drugstore clerk during an incident. She then went home to her girlfriend and to cousin Kanan (Curtis “50 Cent” Jackson), who was recovering from injuries caused by James “Ghost” St. Patrick (Omari Hardwick) in season 2.

The executive producer told TV Guide that the new character is paying back the favor she received from Kanan during a previous time of need. When her father threw her out after learning that she is gay, the drug lord took her under his roof.

“Jukebox is not a good cop. When 50 and I first started talking about Jukebox, in some small way she’s based on his mom. He grew up in a household with a woman who slept with other women. So we took her sexuality from there. For him, he doesn’t see [being gay] in that way you’d assume,” she explained.

With Ghost trying to plan his success, by dodging Tommy (Joseph Sikora) and Lobos’ (Enrique Murciano) vengeance, Kemp said they wanted to remind the audience what the protagonist believes in that his main adversary is no longer alive, which is why they only brought him back now.

“We wanted the audience to have that same experience. Not that they would think Kanan is dead, but so they would know something that Ghost didn’t know. We allowed the world to get resettled and rebooted,” she stated.

Moving forward in the drama, Ghost is predicted to sort out his life now that his friends revealed that they are not on his side anymore. Otherwise, he may be forced to work with people like Angela (Lela Loren).

'Vikings' season 4: Travis Fimmel may quit show to focus on...