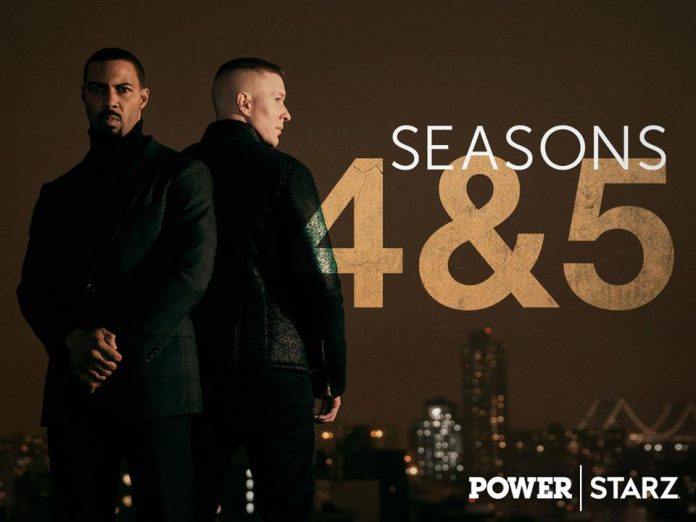 Starz’s thriller drama “Power” season 3 is off to a good start with its premiere being the most watched episode of an original series ever. As the narrative continues, some members of the crew weighed in on the big question whether Tommy (Joseph Sikora) can really kill Ghost (Omari Hardwick).

In an interview with TV Line, Sikora admitted that his character may be capable of doing the deed but it would take “Herculean strength.” “I think Tommy could pull the trigger on Ghost,” he stated.

He added that Tommy has to first overcome his extreme love and loyalty to his surrogate brother as well as his admiration and respect throughout the years. He also differentiated Tommy from Hardwick’s role who wants to leave the drug game behind and become a full-pledged club owner.

“Ghost can compartmentalize; [but] Tommy doesn’t forget. Tommy’s not stupid. He’s simple. There’s a difference. Tommy’s not a tactician. Tommy’s tactic is to shoot them in the face. Say what he feels. He’s a breath of fresh air,” Sikora elaborated.

Meanwhile, showrunner Courtney Kemp Agboh shared that the characters’ dynamic is one of the season’s major arc, “But part of that Tommy/Ghost thread has to do with their relationship when they’re apart, and how they navigate being apart.”

Following the successful season opener which saw 2.2 million viewers tune in during its first time being aired on Sunday instead of Saturday, and two replays increasing its audience to a total of 3.7 million people, the network quickly renewed the franchise.

According to Deadline, the series has been given the order for two more seasons, lasting until season 5. The season 3 premiere was reportedly up more than 58 percent than that of the sophomore run and 389 percent of the freshman run.

“Power” airs every Sunday at 9 p.m. ET with episode 2 titled “It’s Never Over” slated to hit the small screen on July 24. The synopsis reads, “Ghost deals with loose ends before tangling with some new nightlife competition; Tommy confronts Tasha [Naturi Naughton], who must learn to coexist with Angela [Lela Loren]. Later, Tommy finds an advisor in a former lover.”