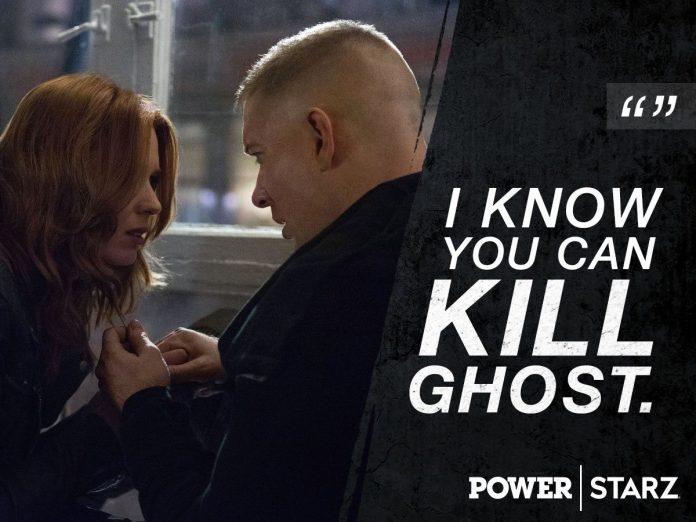 After the shocking way Holly (Lucy Walters) met her demise, Tommy (Joseph Sikora) and Ghost (Omari Hardwick) will be attempting to escape Angela (Lela Loren) and her team in the next installment of Starz’s drama series “Power” season 3.

Titled “The Right Decision,” the synopsis for episode 6 reveals that the two former friends will enlist the help of Tasha (Naturi Naughton) in the hopes of evading detection by Angela. They will also get back together to take on a ruthless foe. Afterwards, the description reads that “Tommy soldiers on, but Ghost comes undone at a vital juncture.”

In the sneak peek for the upcoming episode, Lobos (Enrique Murciano) is seen being transferred to another prison inconspicuously. However, it seems like his escape while on the road was planned all along. Meanwhile, Ghost meets with Tommy as they embark on a new mission together.

Down the line, Angela is said to be left staggered after a breakup but must rally to take on a difficult situation at work. On the other hand, Ghost scrambles to hold onto a deal for the survival of his night club and at the same time, adjusting alongside Tommy as they get back in the game. Elsewhere, Dre (Rotimi) learns just what the La Arana card actually means.

On a related note, some of the cast members have opened up about last week’s episode which saw Tommy strangling his girlfriend Holly to death after finding out that she hired the Jamaicans to kill his estranged best friend.

Sikora told TV Line that when it comes to the incident, “It’s truly unintentional.” Meanwhile Walters added that she believes what happened to her character was a “gift” since she has a more complex role than being just a “hot bombshell cocktail girl.”

However, she confirmed that Tommy will be hard on himself especially after learning that Holly was carrying his child. “The blowback from that is going to be really long and really hard. Say what you will about these two people, but what they had was actually real. Yes, they are two very complicated and very broken people, but it was a real love,” she explained.

’13 Reasons Why’ latest news: Author on the possibility of a...