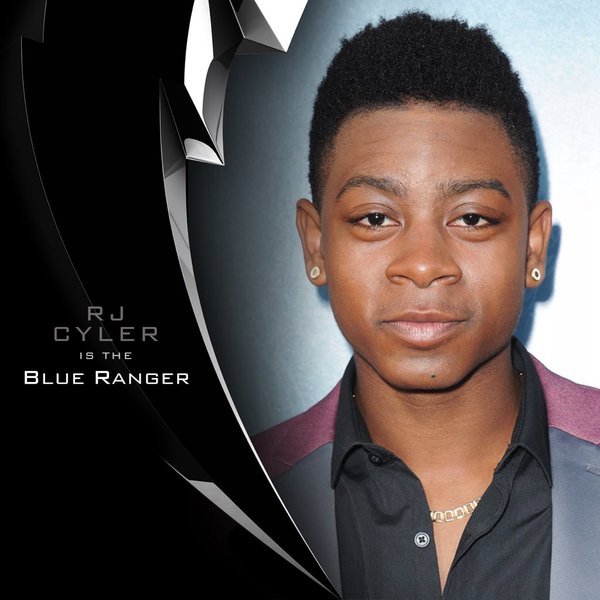 As of the moment, there are now four out of five Rangers cast for the upcoming Power Rangers reboot film.

The most recent Ranger revealed was RJ Cyler as the Billy, the Blue Ranger. In the film, Billy is described as someone who is a “whip-smart and sweet, but always odd. Sometimes in a fun way, sometimes not, Billy is a kid with no filter. Showing his emotions, understanding sarcasm, and dealing with his OCD is a constant challenge. Has never really had any friends, and instantly gravitates towards Jason.”

Another recently revealed Ranger is Zack, the Black Ranger, who will be played by Asian actor Ludi Lin. Zack is described as “a charming guy who’s never had trouble with the one-liner, nor lacked confidence around women. A great athlete that’s never wanted to play on any team but his own. Zack advertises everything about himself, except the truth, which is that he lives in a trailer park with his single mom, and because of it, feels deeply inferior to all his peers.”

On the other hand, Jason, the Red Ranger, will be played by Dacre Montgomery. He is described as a legend of the town, a popular guy known all over. “Until, one night Jason wrapped his car around a pole and busted out his knee. Everything Jason was going to become ended in an instant. And with it, he lost himself. When we meet him at the start of the film, he’s a kid in need of redemption. By the end, he’ll be leading this disparate group of teens to shed their individual baggage and find who they truly are.”

First revealed was Naomi Scott as Kimberly, the Pink Ranger. She is “unconventionally cool all in a way the popular girls wish they were.” Having her personality changed after her absence of six months, Kimberly is actually masking a secret within her.

With this, only the Yellow Ranger, Trini, is left to be cast.

The new film will commence shooting early next year. According to a report by YVRShoots.com, the big-budget Power Rangers film is set to hit metro Vancouver for its filming in the winter season. Filming for the movie will start on January 18, 2016, and is expected to wrap up by April 12 of the same year, with the schedules subject to change anytime. Additionally, the Directors Guild of Canada-BC Production List revealed that the working production code for the movie is Shirt.

Saban’s Power Rangers will be directed by Dean Israeliteof Project Almanac, who has the vision for a fun, yet grounded take on the original Power Rangers story. Burk Sharpless and Matt Sazama The Last Witch Hunter have reportedly finished writing the first draft of the script of the film, while Ashley Miller and Zack Stentz are developing a mature take on it. Franchise creator Haim Saban will be producing the reboot film.