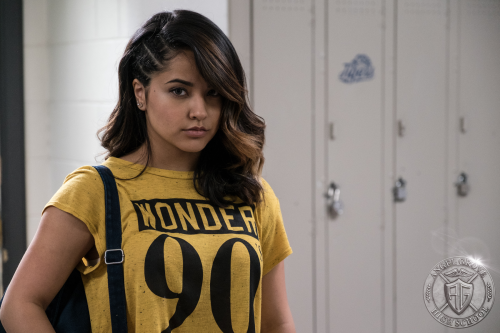 Lionsgate continues to roll out promotional materials for the highly anticipated film reboot of “Power Rangers,” including a closer look at villain Rita Repulsa (Elizabeth Banks) and an official viral site.

The site, named “The Roar” in honor of the fictional Angel Grove High School’s tiger mascot, reveals information about the five new teenagers that will undergo Mighty Morphin’ time.

Under the “Features” tab, the backstories of both academically gifted Billy (RJ Cyler) and Trini (Becky G) can be seen. Meanwhile, Jason (Dacre Montgomery) is featured in the “Sports” section with an article that details his dedication to both his studies and the football team. On the other hand, the “Student Life” tab has Kimberly’s (Naomi Scott) fall fashion, her previous stint of being a cheerleader, and an on-campus shot of Zack (Ludi Lin). Moreover, there is a news article regarding a food fight at the school cafeteria with more pictures of the other students.

According to Comic Book Resources, the site is being updated every Monday with interesting tidbits. The latest one adds the image of the upcoming big bad, Rita Repulsa, in a green suit adorned with gold embellishments on her head.

Previously, the studio also unveiled the first teaser trailer and posters for each character.

Despite the synopsis still being shrouded in mystery, rumors have it that one of the superheroes will die in the hands of the villainess. Some speculate that it will be Trini who is also known as the Yellow Ranger.

In an interview with Entertainment Weekly, Becky G teased that Rita will be targeting her character since the antagonist feels she is the “weak link” in the team and could possibly be turned to the dark side.

“Power Rangers” is slated to premiere on the big screen on March 24, 2017. It is directed by Dean Israelite with the screenplay written by Academy Award nominee John Gatins.