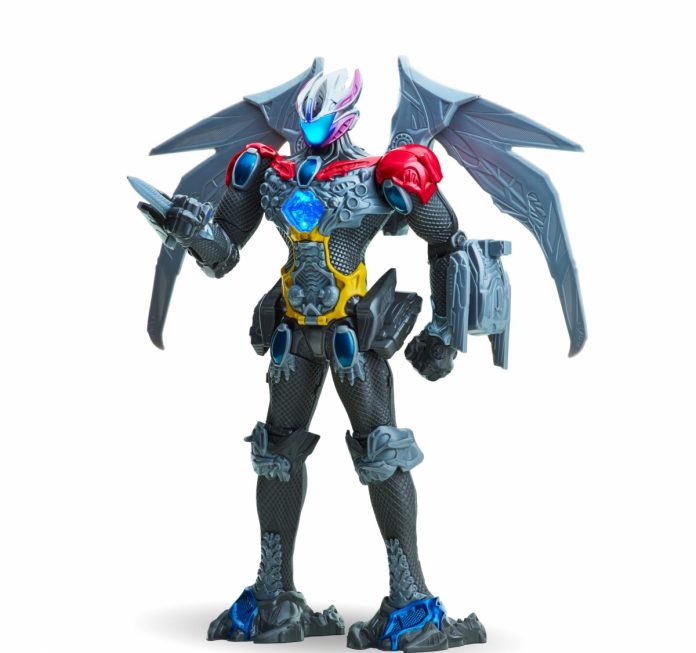 Lionsgate’s movie reboot of the ’90s Super Sentai classic, “Power Rangers” has already introduced the five actors that will be assuming the role of the color-schemed heroes that will save the Earth from an out of this world threat. Having said that, fans were given another sneak peek on what they can expect once the movie hits cinemas early next year.

The franchise’s official Twitter account recently posted another image of the Rangers’ famed hardware known as the Megazord and its appearance has definitely veered away from the one that a typical ’90s fans have come to know.

Unlike the bulky-looking horned beast buster, the action figure of the upcoming mecha really does have an alien origin. It appears somewhat like a winged being with a blue visor and dressed in scale maille. Another notable mention is its feet that look quite awkward.

Prior to the recently released photo, a leaked image of what is believed to be the Tyrannosaurus Rex Dinozord had been making rounds online. Albeit being known as such, its head looks like a newborn alien offspring from the “Alien” movie franchise.

Apart from the five actors that will portray the title role, it was noted beforehand that “Breaking Bad’s” Bryan Cranston will also be part of the inbound film as the Rangers’ holographic mentor, Zordon. Moreover, the movie’s antagonist, Rita Repulsa, will be played by an equally brilliant actress, Elizabeth Banks, in which one of her most memorable portrayals was a tribute chaperone in “The Hunger Games” saga named Effie.

It has yet to be known, though, whether Banks’ character will be partnered with another boss higher than her as the original series depicted her as the second-in-command of Lord Zedd.