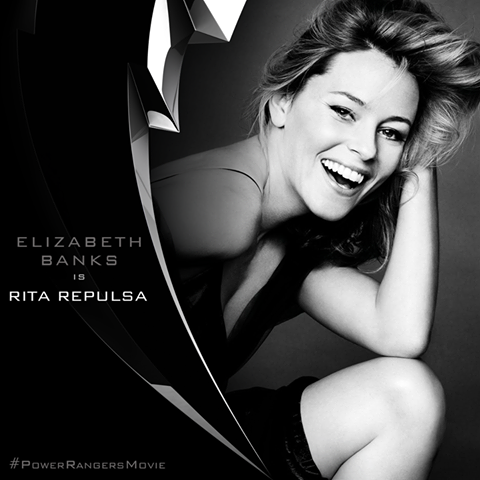 According to IGN, the announcement comes from Saban and Lionsgate as they shared that filming is currently underway in Vancouver, Canada.

The outline of the rebooted film has also been released courtesy of Lionsgate and it reads, “Saban’s Power Rangers follows five ordinary high school kids who must become something extraordinary when they learn that their small town of Angel Grove and the world is on the verge of being obliterated by an alien threat.”

“Chosen by destiny, our heroes quickly discover that they are the only ones who can save the planet. But to do so they will have to overcome their real-life issues and band together as the Power Rangers before it is too late,” the description continues.

Although the initial synopsis seems generic, some fans claim that it is exciting to see that the new film will not stray far away from the original classic series.

Moreoever, it was previously revealed that Elizabeth Banks has joined the cast as the villainous alien Rita Repulsa. The actress took it to Twitter to reveal the good news saying, “After 10,000 years, I’m free! It’s time to conquer Earth!! Time to play #RitaRepulsa #PowerRangersMovie.”

She will star alongside Dacre Montgomery from “A Few Less Men” as Jason the Red Ranger, RJ Cyler from “Me and Earl and the Dying Girl” as Billy the Blue Ranger, Naomi Scott from “The 33” as Kimberly the Pink Ranger, Becky G from “Empire” as Trini the Yellow Ranger and Ludi Lin from “Monster Hunt” as Zack the Black Ranger.

“Power Rangers” is directed by “Project Almanac’s” Dean Israelite with the script being penned by six writers including John Gatins, Burk Sharpless, Matt Sazama, Zack Stentz, Ashley Miller and Max Landis. It is slated to hit the big screens on March 24, 2017.