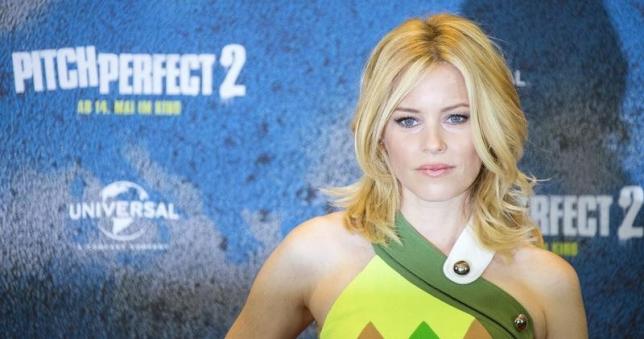 Following its announcement of a reboot in 2014, Lionsgate declared that Elizabeth Banks is joining the cast of “Power Rangers” as the alien witch Rita Repulsa.

Not long after the announcement was made, the actress, who starred in “The Hunger Games” series and “Pitch Perfect,” shared her excitement on Twitter, saying, “After 10,000 years, I’m free! It’s time to conquer Earth!! Time to play #RitaRepulsa #PowerRangersMovie.”

The reboot film follows the story of five high school kids with extraordinary powers who come together in order to save the world.

The studio had cast a set of newcomers to play the Mighty Morphin Power Rangers: Becky G. as the Yellow Ranger, Ludi Lin as the Black Ranger, Naomi Scott as the Pink Ranger, Dacre Montgomery as the Red Ranger, and R.J. Cyler as the Blue Ranger.

Meanwhile, The Hollywood Reporter stated that “Project Almanac” director Dean Israelite was commissioned to direct the film. Haim Saban, the original creator and producer of the “Power Rangers,” is joined by Mart Bowen and Wyck Godfrey. Zack Stentz and Ashley Miller, the screenwriters for “X-Men: First Class” and “Thor,” penned the screenplay for the upcoming reboot.

In an interview with IGN last year, Israelite shared that there is a sense of maturity in the treatment of the movie.

He said, “I read the script and was really surprised by it and thought there was a really cool, contemporary, mature but still playful, buoyant and fun take on the material, and was update in a really interesting way. It had this wonderful character that’s essential to going on a fantastic adventure.”

In 1993, after its launch as a children’s television series, “Power Rangers” became one of the world’s most-watched program. The series revolved around five teenagers who metamorphose into superheroes to protect the world.

Two previous films were created by 20th Century Fox. “Mighty Morphin Power Rangers” was released in 1995 and was subsequently followed by “Turbo: A Power Rangers Movie” in 1997.

Grimm season 5 spoilers: Juliette unlikely to come back from the...