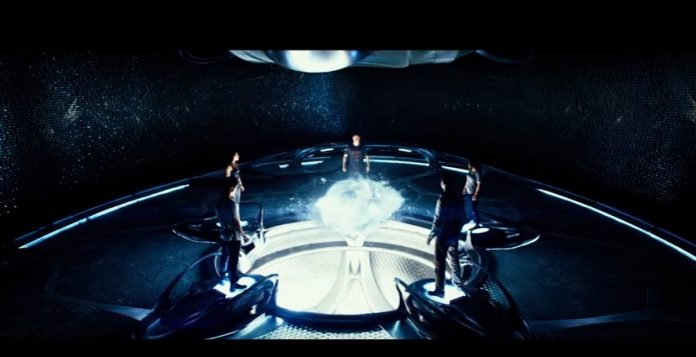 Fans of the “Power Rangers” franchise, both from the ’90s and the newer generation, were given a bit of a sweat treat several days ago as movie distributor Lionsgate released the teaser video for the highly anticipated reboot of “Power Rangers” that is slated for next year.

Contrary to the goody-two-shoes atmosphere of its TV adaptation in the early ’90s, the trailer for the upcoming film features a different Angel Grove as some of the protagonists specifically Kimberly Hart (Pink Ranger) who is portrayed by Naomi Scott, and Billy Cranston (Blue Ranger) played by RJ Cyler are bullied early on in the clip.

The trailer would, later on, feature the five student outcasts coming across something massive that gets them curious due to the glowing stones that are embedded inside of it. They soon discover that the stones have endowed them with strength that’s beyond their belief. However, the succeeding scenes showed Trini Kwan (Yellow Ranger) played by Becky G being terrorized by the alien antagonist Rita Repulsa being assumed by “The Hunger Games” star Elizabeth Banks.

Meanwhile, it was noted previously that star Brian Cranston who played the iconic Walter White in “Breaking Bad” snagged the role of Zordon in the upcoming revamp of the film. Furthermore, he stated that, at first, he was quite uncertain as to whether he’ll be taking the role or not. Nevertheless, after he pored over his script for the upcoming feature, he then agreed to take on the classic character.

Apart from Cranston and Banks’ characters in the movie reboot, it’s not quite sure though if the Rangers’ other arch enemy, Lord Zedd, will be joining the fray. Moreover, the storyline for the reboot is still under wraps. Nevertheless, it’s pretty much a no-brainer that the new “Power Rangers” movie will be thwarting an impending alien attack led by either Rita or Lord Zedd.

'Reign' season 3 spoilers: Mary's life at risk as suitor is...