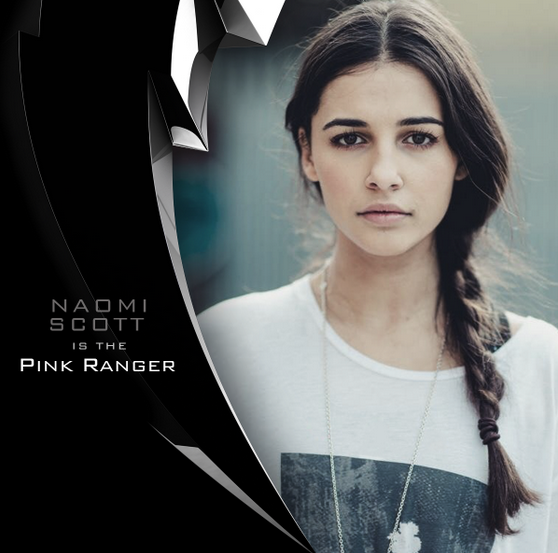 Singer and actress Naomi Scott, from The Martian, has been officially cast as Kimberly Hart, the Pink Power Ranger. She will later be joined by four other teenagers, forming the team of five youths chosen to wield the power of being a Power Ranger.

The announcement was made through the official Power Rangers Twitter account, where a photo of Naomi Scott was shown, saying she is now the Pink Ranger.

In a previous report by Variety, the role of Kimberly Hart was previously in final testing stage with only two remaining contenders leftNaomi and Stefanie Scott from Disney Channel’s A.N.T.

Additionally, rumor had it that actors KJ Apa of Shortland Street, Austin Butler of The Shannara Chronicles, and Mitchell Hope of The Descendants were in testing stage for the role of Jason, the Red Ranger.

The role of Zack, the Black Ranger, is reportedly also in testing with the following actors: Daniel Zovatto of It Follows, Ross Butler of Chasing Life and Brian “Sene” Marc of Major Crimes.

No announcement was made for other members of the team as of the moment.

Previous reports revealed that the new film will commence shooting early next year. According to a report by YVRShoots.com, the big-budget Power Rangers film is set to hit metro Vancouver for filming this winter. Filming for the movie will start on January 18, 2016, and is expected to wrap up by April 12. Additionally, the Directors Guild of Canada-BC Production List revealed that the working production code for the movie is Shirt.

Saban’s Power Rangers will be directed by Dean Israelite of Project Almanac, who has the vision for a fun, yet grounded take on the original Power Rangers story. Burk Sharpless and Matt Sazama The Last Witch Hunter have reportedly finished writing the first draft of the script of the film, while Ashley Miller and Zack Stentz are developing a mature take on it. Franchise creator Haim Saban will be producing the reboot film.

Jane the Virgin season 2 spoilers: Mateo will be reunited with...